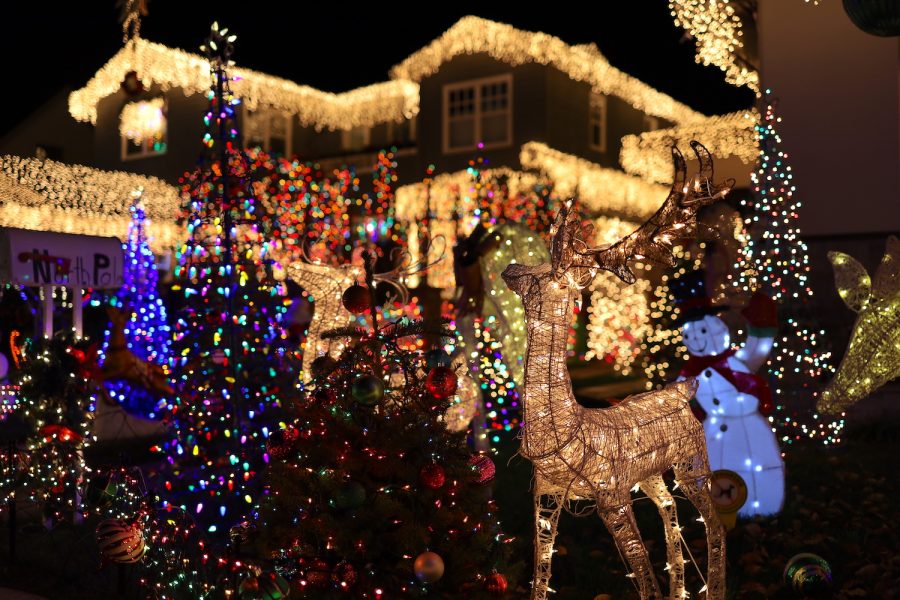 One of the shining stars of the holiday season is the Christmas lights. From lighting up Christmas trees to dangling hundreds of twinkling lights along every roof, holiday decorations make the season much more festive and magical.

In fact, in America alone, 150 million sets of lights are sold each year, and 80 million homes brighten the nights during December, according to the Smithsonian Magazine. America is so festive that a NASA satellite captured how rural and suburban areas could be up to 50% brighter between Thanksgiving and New Year.

However, a lot of lights come at the cost of a lot of power, 6% of America’s electrical load in December to be precise. And with this great power comes great environmental burdens. According to the U.S. Department of Energy, holiday decorations use up the equivalent of the monthly energy consumption of an estimated 500,000 U.S. households and more than the total yearly energy consumption of countries like El Salvador and Ethiopia. Despite these negatives, Christmas lights have a purpose beyond aesthetics and energy wasting. They have a profound social impact.

Christmas tree lights first appeared in 1900, 20 years after Thomas Edison patented the light bulb, according to Smithsonian Magazine. The idea originated from the widely popular tradition of adorning evergreens with candles during the 1800s. But this was quite the fire hazard, and light bulbs proved to be the perfect replacement.

Christmas lights were initially a luxury for the rich, but they became cheaper and increasingly popular over the years. According to Swingle, they took on a more important role during and shortly after World War II. What used to be decorations only for Christmas trees expanded beyond an individual household. Towns began hanging up lights throughout their communities to spread hope and peace.

Holiday decorations once again became a guiding light through hardship in recent times. In March 2020, when the government first set social distancing guidelines, people began to deck the halls. According to The New York Times, hashtags like #ChristmasInMarch and #ChristmasLights trended on social media. Throughout their communities and through smartphone screens, people began spreading holiday cheer, hope, and togetherness with the power of Christmas lights.

So do the positive social effects outweigh the negative environmental effects? Can people bear the responsibility of Christmas lights?

Well, there are no straightforward answers. How can you measure the tangible environmental impacts to the intangible social impacts? Most of us want to help the environment, but Christmas lights do a great service to the community. So, the middle ground is to dream of a green Christmas. Instead of incandescent light bulbs, get LED decorations. These decorations use 75% less energy and can last up to 25 times longer, according to the U.S. Department of Energy. Unplug your lights whenever you can, from midnight till dusk. And I will leave you with this: Whenever you hang up your holiday decorations, remind yourself of Mother Earth, and understand that even the magical cheer of the holiday season comes at a cost.