Opinion: Coronavirus affects more than just the people who catch it 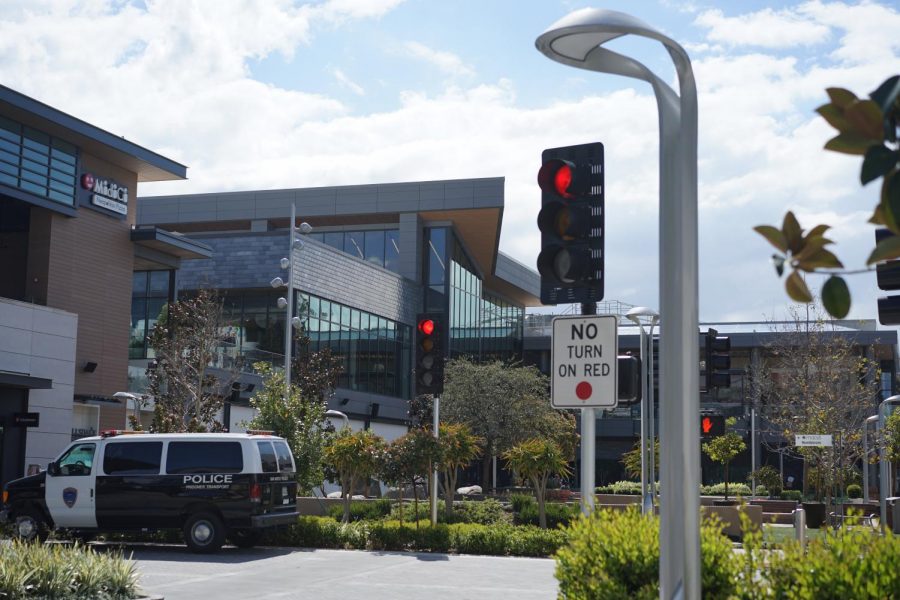 A police car watches on as the usually bustling Hillsdale mall is empty.

We are living through an unprecedented time filled with uncertainty of our future. The one certainty is that nothing will ever be as it was before.

Belmont is a small city fueled by its residents and local businesses. Yet, as of March 17, many small businesses have closed their doors due to the coronavirus (COVID-19), and some of them rely on a constant flow of money, the owners living paycheck to paycheck.

However, when COVID-19 inevitably ends, some of these businesses may not open their doors again. According to research conducted by JPMorgan Chase, most small businesses only have about 27 days worth of reserves of money if they were to suddenly close. For restaurants, that future is even direr, with only 16 days of reserves to sustain them.

As the virus is still in semi-early stages, there is no clear timetable of when this will be over; most reports indicate it will be more than 27 days from March 17, which was the day most small businesses closed.

Encouragingly, the private sector is stepping up. For example, Amazon is providing funding in its home city of Seattle, Facebook is donating $100 million to small businesses globally, the list goes on. Although these contributions are great, they will likely not be enough to keep all small businesses open.

We as a collective group of people must come together to keep these businesses afloat. At the moment, the only thing we can do is try our hardest to spend money at these businesses, instead of at giant corporations like Costco. If we do not do this, there is a big possibility that small businesses will not survive this outbreak.

Likewise, one of the biggest effects of coronavirus fell on the economy. It is estimated by President Donald Trump’s administration that the unemployment rate could be as high as 20%, close to the rate of the Great Depression which was 24.9%. It is also shown that the country can lose as many as 5-7 million jobs in the next three months. This crash is going to be much worse than the late 2000’s crash, and if immediate action is not taken, it could be as bad as the Great Depression.

There are many negatives to COVID-19; however, there are a few positives.

Before the outbreak, many people did not take sanitation seriously. In public places, many things were not cleaned. Now, almost all public places are being cleaned, and many are washing their hands regularly.

The reason why the virus spread so quickly in Italy was that part of the culture there is to be close with one another. Hugs, kisses, and sharing food are much more common there than in America, according to ABC News. When the virus first started spreading, they did not change their habits, a choice that led to much regret. Italians have one message to the rest of the world: “Do not underestimate this.”

A positive to COVID-19 is that now everyone is aware. In past pandemics, many people were not aware that a virus existed, what it did, or how to contain it. When the Spanish Flu occurred, it spread like wildfire because of the close contact in the trenches in World War I.

Another positive is that people now realize that anything can happen. In past years in the Bay Area, there was a feeling of almost being invincible. Most people thought that the disease was very far away and that it wouldn’t reach one of the most prominent areas in the country, but we would quickly discover this was not the case.

Many now know that anything can happen to anyone, regardless of social status, and that viruses do not discriminate based on skin color, race, gender, or any other factor.

As a country, the only thing we can do is come closer together. Although we should maintain a physical divide, we can be connected through technology. Ultimately, we will get through this, not as individuals, but as a group.