Opinion: Deleting Snapchat for a week will change your life 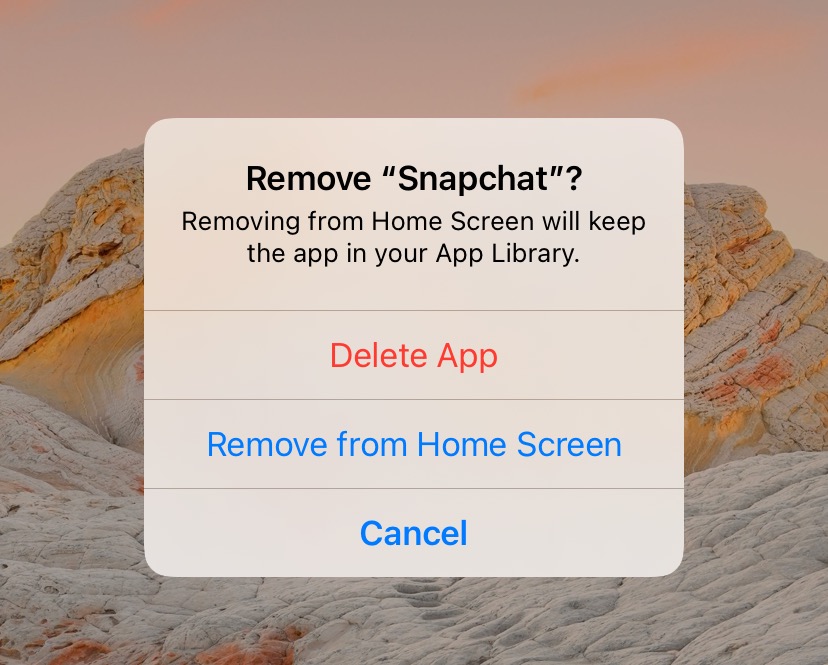 Taking time off social media can be beneficial for your well-being.

I love Snapchat as much as the next person. I send pictures back and forth with my friends, post on my private story, and interact with the app’s various filters and mini-games for hours.

These days, it is rare to find someone who doesn’t have the app. According to Oberlo, there were 265 million daily active Snapchat users worldwide as of 2020. Over three billion photos are sent and received daily. This number only continues to grow as the app gains popularity.

Not only is the app entertaining, but it allows users to show a more authentic side of themselves to their friends. No one would ever post images shared through Snapchat anywhere else, and private stories often act as a personal reality show starring the owner. Many users, myself included, use the app as a primary source of communication with their peers. Being on Snapchat keeps you “in the loop.” There’s always someone to talk to, always a story to view, always a new filter to try — Snapchat offers what feels like eternal entertainment.

I didn’t realize how much it controlled my life until I was challenged by one of my friends to take a step back. Delete Snapchat for a week, they said, and see how you feel.

After some deliberation, I accepted and deleted the app.

Within the first few hours, I was already itching to redownload it to my phone. I knew I wasn’t missing much, but just the thought that there might be something going on that I wasn’t aware of was enough to bother me.

That was the moment I realized I was addicted to Snapchat, and it consumed my daily life far more than I had realized.

Despite the initial difficulties, I stayed true to my friend’s challenge. I kept it off my phone, and in doing so, I developed a new perspective on the app entirely.

I had become so accustomed to sharing and posting my daily activities it felt odd to go through the day without sharing it with anyone.

This is the most common appeal of Snapchat. Going on a hike? Surely the world needs to hear about how hot and sweaty you are. Just ordered Chick-fil-A? Your friends can’t go without knowing what you indulged in for lunch!

Snapchat creates a contest among peers, something subconscious that I didn’t realize until I took a step back from the platform. Who has the most exciting Friday night plans? Who is on vacation? Who is at the biggest party? Who has the coolest life?

At the end of the day, it truly doesn’t matter; the world does not need to see what you are doing all the time.

The time we spend taking pictures, using filters, and sharing our current activities is time taken away from living the current moment to the fullest. True pleasure is achieved not by seeking validation from others, but rather by living that moment for yourself.

Taking a step back allows you to gain a new appreciation for the small things in life that are often overlooked. It lets you embrace the boredom, embrace the lack of entertainment, and use it to explore new interests.

While I was off Snapchat, I found a trail close to my house to run. I discovered my new favorite movie, courtesy of my brother’s recommendation. I tried cooking a new recipe with my mom (we made meatballs, and they were divine.) In the time I would normally spend sending selfies to my friends, I gained knowledge I probably never would have discovered otherwise.

However, it is understandable that with deleting Snapchat comes the fear of missing out. As high schoolers, feeling included is essential to our well-being. Snapchat is one of the most popular forms of communication, and without it, you will inevitably miss out on some things.

I urge those who are worried to ask themselves what exactly they are missing out on. Your neighbor’s Snapchat story of their dog? Your best friend’s brother’s girlfriend’s trip to Yosemite?

In reality, you don’t miss much. The important things, such as maintaining communication with your friends, can continue through apps like iMessage.

After my week-long cleanse, I gladly re-downloaded Snapchat to my phone. However, things were different this time. Instead of mindlessly scrolling for an afternoon, I spent only a few minutes on the app — then put my phone down and went for a walk.

I learned that moderation is key. There are plenty of more fulfilling activities to spend your time doing than snapping back people every hour. If we spend all our time taking videos of ourselves singing at concerts and watching snap stories of our best friend’s cousin’s boyfriend touring India, we miss out on the real beauty of life.

I urge everyone to delete Snapchat for just a day and observe how their life improves without it. The time you normally spend sending selfies could be time spent FaceTiming your best friend. Instead of filming the funny moment you had with your sibling, you may find yourself living in the moment to the fullest, creating a memory that a video could never do justice anyways.