Opinion: Election ads are a waste of money 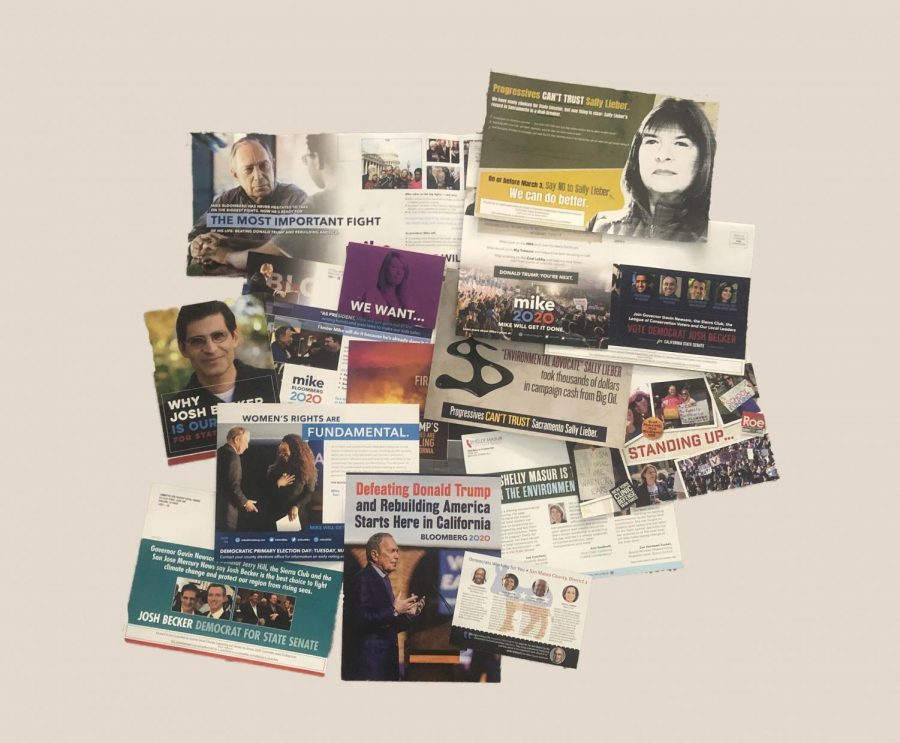 Numerous ads for the upcoming election are flooding mailboxes.

You’ve likely heard of Mike Bloomberg, but perhaps not of his accomplishments or goals.

That’s because he paid $450 million on his self-funded campaign, according to NPR, making him the biggest self-funding politician. He spent $77.4 million on ads in California alone and paid for TV ads in every state.

“That surpasses the $338.3 million that President Barack Obama’s campaign spent on those ads during his entire 2012 campaign, according to Advertising Analytics,” said Juana Summers of NPR.

In January alone, this year’s presidential candidates spent a collective total of $355.9 million solely on their campaigns.

However, there are better ways to spend money. Tom Steyer, for example, advocates for climate change. He paid $52.9 million on his campaign in January, according to Washington Post. He was also a self-funded candidate, and he most certainly could have donated those millions of dollars to climate change. Instead, he dropped out, and all his money went to waste on advertisements that did not benefit anyone in the long run.

The candidates are also reaching out to teenagers, which is altogether pointless, as most teenagers cannot even vote in this election.

Sometime in January, I got a text from Elizabeth Warren’s campaign team asking if I could count on their support. Then, last weekend, I got a similar message from Sen. Bernie Sanders’ team. A couple of days after that, one from Bloomberg. Volunteers are giving their time to reach out to a 15-year-old girl who isn’t legally allowed to vote, which is a waste of time and resources. This system clearly has flaws and their advertisement often can reach the wrong audience.

Some advertisements also carry misleading messages to promote candidates as well. Bloomberg’s ads, for example, are suggesting that he was mayor after the Sept. 11, 2001, terrorist attacks. This is true, but he wasn’t mayor until 2002, which was 1 ½ years after.

Despite all the time and energy put into advertising, it most likely doesn’t make a huge impact. According to CNN, Steyer spent $22.5 million in South Carolina, and still only placed third. He didn’t even have enough votes to qualify for the delegates. Yet, as Super Tuesday approached, candidates continued to push advertisements heavily.

In the end, campaign ads are useless. Some may even say the candidates are buying the election. But, their money should be spent in better ways. For instance, climate change, cancer research, fires, or natural disasters, to name a few.

So candidates, in the end, should get their acts together and spend millions of dollars on something beneficial.