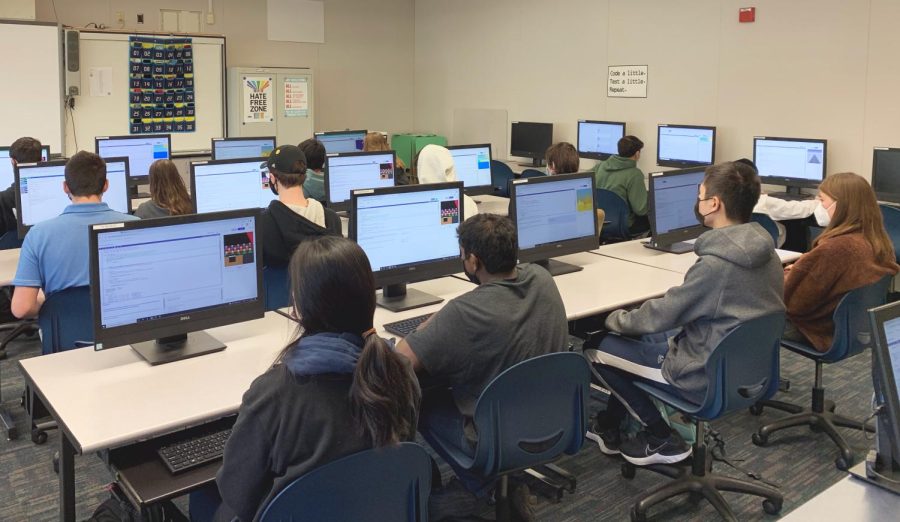 Females have faced gender discrimination in the workforce for centuries. The field of computer science is by no means an exception.

According to Pew Research Center, women make up less than 26% of computer-related or engineering jobs. That is a staggering gender gap, considering women make up half of the population.

Does this mean that women are underqualified for these professions? Absolutely not. In fact, the major reason for this low percentage is that it is more likely for a woman to be discouraged, even rejected, from this field.

This is because many people consider jobs in computer science as “non-traditional” roles for women. They believe that women are inferior to men in this aspect, leading to biased opinions on who should take these jobs.

Not only that, but going into a male-dominated field can be daunting. In the workforce, women often receive only 84% of what their male counterparts earn and are even less likely to receive promotions.

This needs to change. Discouraging girls from a field they enjoy and excel in will ultimately have a negative impact on their success. Computer science is an ever-growing field, and there is no reason to turn away potential talent and good engineers.

This proves that women have just as much potential as men to be good at computer science and programming at the highest level. We must encourage girls with a genuine interest in coding to pursue it.

Supporting organizations that provide resources and help girls in computer science is an essential first step. For example, Girls Who Code is one of the largest organizations created to promote females in code. They have a multitude of programs worldwide to help spread awareness about the disparity between men and women in this field.

Presenting computer science as an option from an early age can also be very beneficial. It not only introduces young girls to programming but also sparks passion in them that will carry throughout their lives. That passion may grow and lead them to pursue a career in computer science.

Creating an inclusive environment where all are welcome to code is necessary. That way, girls are more likely to join this field without fear of bias or prejudice. It also encourages friendship and collaboration between peers. Additionally, if girls have successful representation in their area of interest, that also adds motivation.

There is a severe lack of female programmers, leading to the stigma that women are inferior in coding. It is imperative to promote more females in computer science to quell the social bias and ensure that their success and talent are not suppressed. This will not only improve the representation of women in high-tech, but also increase the level of talent in that field.