Opinion: Feminism has become too extreme 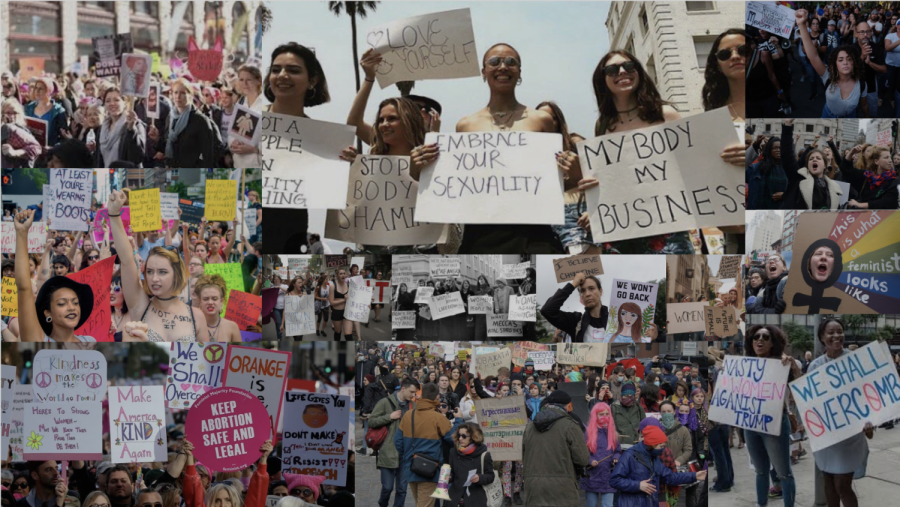 According to Merriam-Webster’s dictionary, the official definition of feminism is the advocacy of women’s rights based on the equality of the sexes. Although this definition states that advocates should work towards equality for both men and women, feminism, in today’s society, has come to mean asserting women’s rights over men’s.

How did we get here?

According to Pacific University, the first wave of the feminist movement started in the late 1800s into the early 1900s. This wave primarily focused on women’s legal rights, especially the right to vote.  This stage of the movement was often intertwined with pressing social issues of the time, such as temperance and abolition.

The second wave of feminism arose in the 1960s. Feminism, at this time, was about asserting equal rights between the sexes, especially in the expression of sexuality and social roles. This movement was part of the larger campaign in politics towards the left, as seen in the Black Power and the antiwar movements. However, as the decades progressed, feminism became more theoretical, focusing on the broader issues with heteronormativity, patriarchy, and capitalism.

The third wave arose in the 1990s. The focus of this wave was on redefining womanhood, through the acceptance of feminine beauty for itself, rather than as standards imposed by the patriarchy.

This final wave of feminism arose in the 2010s. This era has relied especially on news and social media to catalyze the movement and spread awareness.

According to the Harvard Political Review, modern feminism is often confused with the influential movements in the 1960s. Rather than keeping the biased term of “feminism,” the important campaign could be renamed to something more neutral.

“The biggest issue in the way we see modern feminism is that we often conflate it with the feminist movement from the ‘60s. The term is a little outdated and often associated with bra-burning and man-hate,” Tasnim Ahmed wrote.

The terms ‘bra-burning’ and ‘man-hating’ describe the movement exactly in that many feminists tend to take their protesting and campaigning to radical extremes.

Modern feminism, and the international movements that follow, spread ideas of women in dominance, rather than equality amongst all sex. This is a broad issue because it separates society as a whole.

Nowadays, there is no need for vocal calls against female oppression. Women are now allowed to vote, gain an education, have a stable job, vote in society, enlist in the army, file for divorce, and much more. They have equal rights.

According to the Washington Examiner, the political wing that most commonly endorses female empowerment is the Left. It’s not unusual for this wing of politics to focus on the encouragement and the related emotional aspect of a movement, such as feminism.

“In addition to being scientifically impossible, an all-female future is neither wise nor wanted. Leftists won’t readily admit that both women and men possess strengths and weaknesses. Each side complements the other,” Kimberly Ross wrote.

Although it is important to spread awareness of feminine issues, other problems in the world require more immediate attention.

The modern movement brings not much more than the increasing separation of men and women.

Another growing concept is ‘our future is female.’ This commonly-used phrase once again causes more separation within society because it portrays the idea of women being superior to men.

Kirsten Gillibrand’s tweet in 2018 regarding the future being female received a significant amount of backlash. Stating that the future is female only further separates those of the other sex, which creates an unproductive society.

Marco Rubio’s reaction to our future being female gives a much more positive outlook on society. His comment focuses on the idea that one’s race, religion, and gender don’t matter. We are all part of one society, and we are known as Americans.

Feminism and other related movements spread many ideas, few of which are truly essential to advancing society. The emotional and encouraging aspect of the movement brings little benefit to the real world.

Modern feminism is more of a dividing factor rather than a uniting force. Bringing attention to much larger issues in society is far more beneficial.