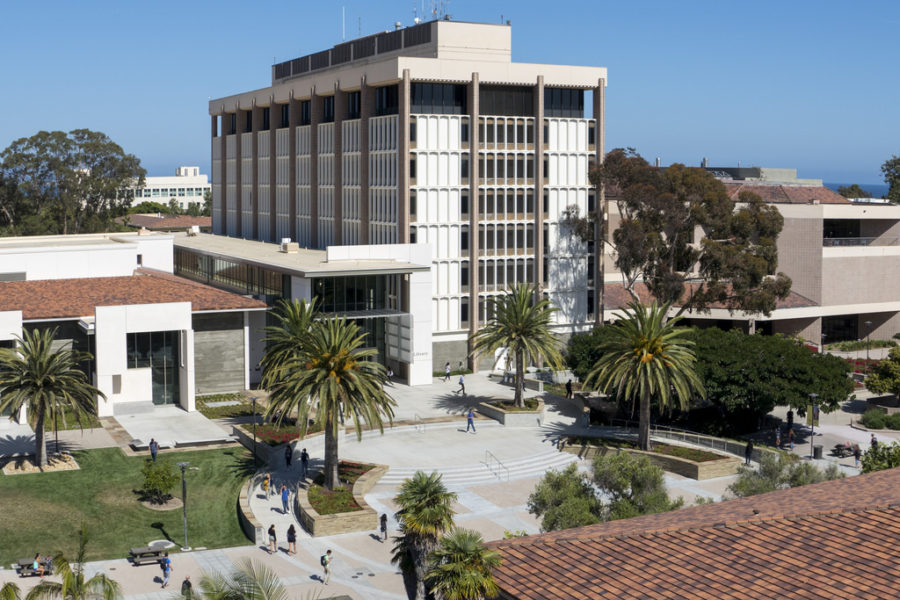 University of California, Santa Barbara is located in Goleta, Calif. and has almost 25 thousand undergraduate students.

CollegeConfidential.com says decisions are to be released today at 11:50 a.m. It’s only 11:15 a.m., but you’ve checked your email countless times already.

Finally, the clock strikes. Your hands are shaking and sweating as you open the message: “We regret to inform you…”

It may feel like the world is caving in, but chances are this school wasn’t the best fit for you.

For most seniors, their final year of high school revolves around college and college only: August and September are when the race begins, October and November are spent writing personal statements, in December and January, early action and early decision notifications are released, February is the calm before the storm, and beginning in the first week of March, hundreds of thousands of decisions are released to students everywhere.

As a senior who is in the midst of the application process (and currently procrastinating writing college essays as I write this sentence instead), it is easy to become wrapped up in ranking yourself among fellow classmates based on which schools they are applying to and on who has already received decisions.

However, it is important to note that the school that may be the best fit for you as an individual may not be at the top of U.S. News’ list of “2019 Best Colleges.”

Yes, the name of the college you attend will be on your degree certificate for the rest of your life, but the parts of college that will actually affect your career go far beyond the mere name of the school and program on your diploma.

In addition to developing key learning habits and making network career connections, college is an opportunity to grow as an adult and be truly independent for the first time. In order for this to happen successfully, it is imperative that students are comfortable enough, yet encouraged to take new risks at their school.

Having toured eight college campuses myself, I have come to realize that the size of the school plays no barring on whether I see myself succeeding at a school or not. It’s often the overall attitude of the students and the relationships between students and faculty.

Emerson College in Boston, Mass. is my top choice school with an undergraduate population of just over 4,500 students. University of California, Santa Barbara is a close second with an undergraduate population of almost 25 thousand students. These numbers and the locations of these schools depict them as opposites, however, for me, the similarity in student collaboration and communities found within different majors are what attracted me to their programs.

Location can be another deciding factor. Many students are ready to pack their bags and move across the country, while others might like the option to come home a few times per month. Some students could thrive in a bustling city with various things to do, while others may like a calmer setting to prevent getting distracted from school work.

Regardless of urban or rural, 20 thousand or two thousand, west coast or east coast, there’s a college for everyone. No, it may not be Stanford, Cal, or an Ivy League, but an individual’s success is determined by their entire college experience at the best fitting school.