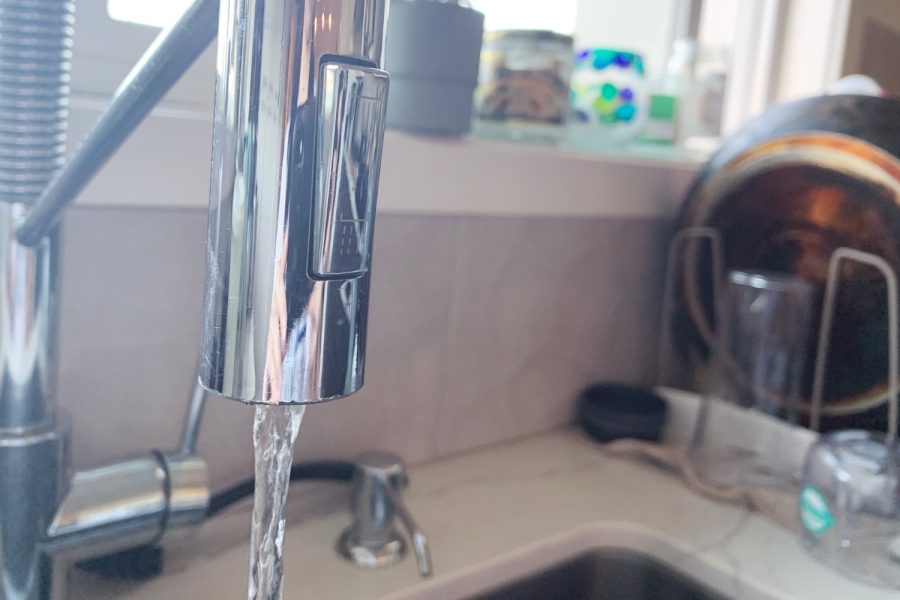 Almost 20% of the water we use at home is from sinks and faucets, according to the United States Environmental Protection Agency.

Every day, each American uses up to 82 gallons of water. Whether it be by pouring it down the drains of sinks and bathtubs or letting it seep through the ground of our freshly kempt lawns, 30 gallons of this water is wasted. Most, if not all, of this water is perfectly safe to consume.

This water problem is exacerbated in California, where drought has plagued the state since 2000, according to the National Integrated Drought Information System (NIDIS).

Most of the region is in severe drought conditions and lacks the rainfall levels necessary to push the dry season out, which causes another problem: wildfires.

They have been receiving more attention in recent years, which is no coincidence, as California’s dry seasons have created the ideal conditions for starting and spreading fires. With almost 9000 incidents surrounding wildfires in 2021 alone, this dilemma has worsened.

The situation around the California drought and the problems it causes has worsened, but this environment of urgency has led to the testing of new and innovative ideas.

Desalination, while a more expensive form of getting water, is one solution to the drought. The process of which involves filtering saltwater to make it drinkable.

The success of this method is shown in Israel, where desalination plants provide 85-90% of water for the citizens of the country.

Due to inconsistent levels of rainwater and goals of preserving their natural sources, desalination has been the preferred method of getting drinking water since 2005, with the construction of the first plant, Ashkelon. In total, the Israeli government has had seven plants constructed since 2020.

Israel’s example inspired the building of such a facility in San Diego. The experimental Carlsbad Desalination Plant provides more than 50 million gallons of water for the people in the county. Despite this, these plants may be somewhat impractical as of now.

The cost of these plants ultimately makes water more expensive, as desalination can be up to four times more expensive per acre-foot than traditional water sources.

Additionally, getting the saltwater to the plant itself presents multiple problems, such as finding a method that is efficient but also environmentally safe.

But as the drought persists, desalination will become the final resort for California’s water problems as it is a sustainable and effective method of getting water for the current condition of the state. It has the potential to supply California residents well due to easy access to the Pacific Ocean as a source of saltwater.

These plants must receive more funding, as the drought will not go away any time soon. The government of California needs to recognize the calamity of the situation and act to provide California residents with the water they need.