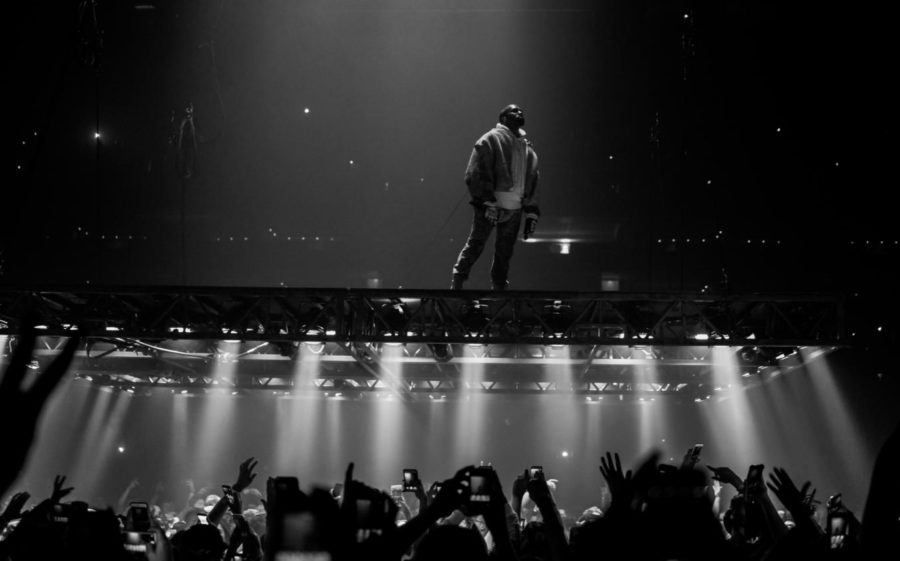 Kanye West’s ninth solo album, “Jesus Is King,” brings forth a previously unforeseen Kanye to the spotlight. In some respects, “Jesus Is King” is the polar opposite of the music Kanye has created his brand upon. In others, however, the Kanye we are now witnessing is still the same Kanye from the 2000s, presenting thought-provoking lines atop soul samples and 808s.

I’m no Kanye buff. I enjoy his music, don’t get me wrong — but I will admit, when I am in the mood for some Mr. West, I typically just shuffle “Kanye West Essentials” on Apple Music.

Despite not being a Kanye stan, I would consider music to be one of the most influential forces in my daily life. I find Kanye’s lyrical mastery similar to some of my favorite artists, namely Logic and A Tribe Called Quest.

Through my own journey with music, I have found that music needs to be thought-provoking at its core. You need to feel it in your soul; it needs to resonate on a level few other things possibly can. And despite the one-listen reviews from my circle of friends, Kanye does exactly that on “Jesus Is King” — only this time, he takes it a step further.

As a Christian myself, I found Kanye’s transformation peculiar, yet hopeful. Like many of the all-time hip-hop artists, Kanye has always seemed to believe in God and kept his belief in Jesus prevalent in his most impactful songs. Hits like “Jesus Walks” from his debut album, “College Dropout,” and “Ultralight Beam” from 2016’s “The Life of Pablo” are some of the best examples of Kanye depicting his spiritual reflections for his fans to witness.

But “Jesus Is King” isn’t a spiritual reflection. It’s a gospel album, a 27-minute sermon, a soul-wrenching preaching in which Kanye calls his listeners to follow Jesus — not on Instagram, but in faith.

And the album has served its purpose, too. In the days after its release, I have had more Jesus-centered conversations with non-Christian friends than I have in the multiple weeks prior. Their struggles with the album seem to be centered around Kanye himself.

It can be confusing for a lot of listeners to find a genuine man behind the album’s message. Between the M.A.G.A. hats and the “slavery being a choice” lines, I understand where many may argue the true level of his authenticity. And while I fail to definitively know the true intentions behind Kanye’s new self, it is clear Kanye has gone through, and is going through, a transformation of sorts.

In his 2018 album “Ye,” Kanye recognizes and repents against his previous attitude towards women on the album’s final track, “Violent Crimes.” In the song, Kanye reflects on his life with a newly-born daughter, showing genuine remorse for his previous actions and asking God, “Father forgive me, I’m scared of the karma.”

Like many, I was surprised by “Jesus Is King.” Yet, for me, the album wasn’t quite as far out of left field as others argue. The album presents Kanye’s full conversion, a journey that can be plainly seen through his discography. From the beginning of his career, Kanye questioned his relationship with Jesus through his lyrics. Now, at age 42 and married with children, Kanye affirms his beliefs.

My hope for Kanye was assured by the Editor’s Notes on Apple Music. In an interview with Apple Music, Kanye explained that he has been trying to cut back on his cursing, a value that can be seen throughout the album, which includes no explicit content. He even went so far as to ask contributors to abstain from premarital sex while working on the project.

Whatever your opinion of Kanye’s true intentions, the album did its job. Kanye created “Jesus Is King” to preach Christ, and that’s exactly what the album is doing and will continue to do. In arguably the album’s most soulful song, “God Is,” Kanye preaches, “I can’t keep it to myself, I can’t sit here and be still / Everybody, I will tell, ’til the whole world is healed.”