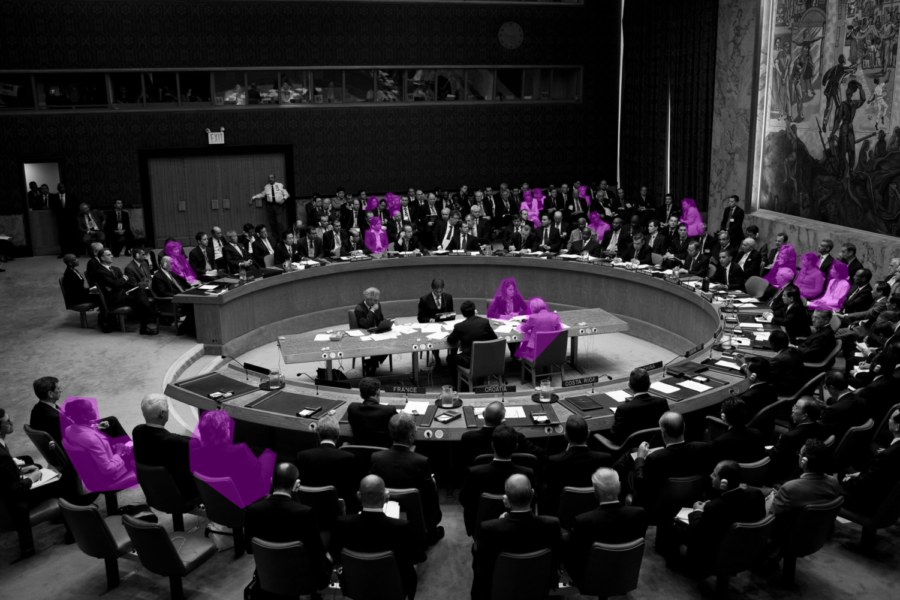 Equality begins with a mindset. Believing in our fundamental equality furthers our ability to get what we deserve: suffrage, jobs, wage equality, you name it. This mindset, of course, must be followed by action.

We have been raised to believe, whether consciously or subconsciously, that women are inferior to men. “But I’m a feminist!” you may say. True, but the first person that pops into your head when I ask you to envision a president is probably a man. That image is not your fault, but it does need to be changed.

I recently went to an information session for the Sister Colleges – the ones that are still all women’s schools – and got to hear some amazing women speak.

Joy St. John, the Dean of Admission and Financial Aid at Wellesley College, made an excellent point about why we need more strong women everywhere. If there’s only one woman in a position of power, it’s likely that people will think that to get to that position, every other woman must be the same. The same race, with the same familial status, and with the same education level or degree.

The more we see women in leadership, the more we, as women, can see ourselves in that position. The more diverse women we see and the more incredible things they do, the more we believe we can accomplish. Just by believing women can do the same as men, we move closer to equality.

Importantly, this diversity helps men believe in women too. Leadership and power are still male-dominated, partially because they always have been. When men see us as equals, it makes it easier for us to become equals.

If Clinton had won the 2016 election and flopped as a president, another woman would find it difficult to win a presidential election. The same was true for Obama – if he personally had been a failure, it would’ve been a fair amount of time before the U.S. saw another nonwhite president. But no one would ever think to use Trump’s presidency to discourage another white man from running. Why? Because we’ve had dozens of other successful ones.

It shouldn’t need to be proven, but women are capable of incredible things.

The best evidence that Phyllis Schlafly was wrong about a woman’s place is Schlafly herself. Despite her beliefs about women’s rights, she was able to gain enough power to stop a widely-supported constitutional amendment.

Phyllis Schlafly believed women belong in the kitchen, and she did that. Imagine what a woman who believes the opposite could do.