Opinion: San Francisco needs to clean up its act 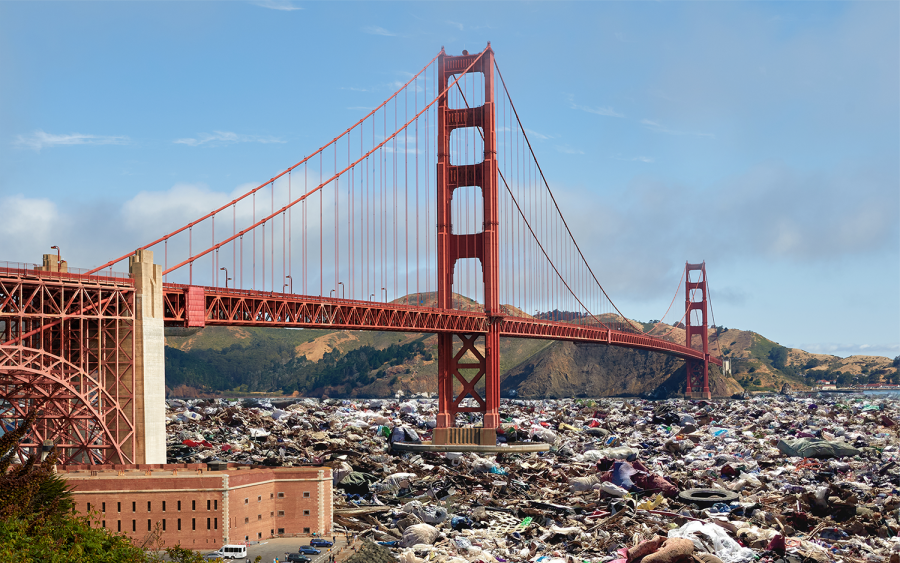 Tourists are drawn in by the Golden Gate Bridge but are welcomed by dirty streets.

The Bay Area is the epicenter of technology and yet, San Francisco, its pride and joy, is one of the dirtiest cities I’ve ever seen, and no one seems to care.

In 2019, San Francisco spent $72.5 million on city clean up, but if you look around the city, you wouldn’t believe this for one minute. The Tenderloin district is a perfect representation of the dirty state of San Francisco. When walking around the area, you can always smell a mix of urine and weed paired with the lovely sight of trash strewn about the sidewalk.

There are a couple of reasons for this problem, but at the forefront is the homeless epidemic.

With so many homeless in San Francisco, cleaning up the streets is a never-ending battle. As soon as the streets are cleaned, they quickly return to their filthy state, as homeless people use them as their personal bathrooms, having nowhere else to go. Instead, San Fransico needs to get to the root of the problem and spend more money helping the homeless rather than throwing money at cleaning up the streets.

The 2019 count for homeless people in San Francisco was 8,011, a 17% increase from 2017. As it becomes harder to afford homes in San Francisco, more and more people are pushed out onto the streets.

Any Bay Area resident can tell you that housing is costly. And for people who are down on their luck, housing is impossible with the cheapest one-bedroom apartment being around $1,900.

The most affordable housing offers in San Francisco are Single Room Occupancy (S.R.O.) hotels. The S.R.O. hotels have mass housing for people with low income to keep them off the streets. This type of accommodation makes up 518 buildings in San Francisco and houses more than 30,000 people. The rooms are usually eight by 10 feet with communal toilets and showers that cost anywhere from $800 to $1,000.

But, as more and more S.R.O. hotels are being destroyed, it’s becoming more difficult for the impoverished to find a place to stay.

Between 1975 and 2000, it’s estimated that around 6,085 S.R.O. units were destroyed. That’s 6,085 rooms that could have been occupied by the homeless who litter the streets with dirty clothes and trash.

The lack of places to stay isn’t the only problem, though. Many San Francisco residents aren’t taking direct action because most don’t live in those areas.

The reason tourists, such as myself, find San Francisco so dirty is because of the tourist attractions, also known as Mission Street and Union Square, overlapped with the Tenderloin. The Tenderloin is an area in San Francisco that is the most densely populated with homeless people and is known for being dirty.

The people of San Francisco aren’t signing any petitions to fix the problem because they don’t see a point in it if the filth doesn’t directly affect their neighborhood.

Something needs to be done to clean up San Francisco. It’s clear that the money being poured into cleaning up the city isn’t fixing anything. The community needs to become more involved and try to help the homeless for there to be a real change.