Opinion: Students should be permitted to opt out of Turnitin 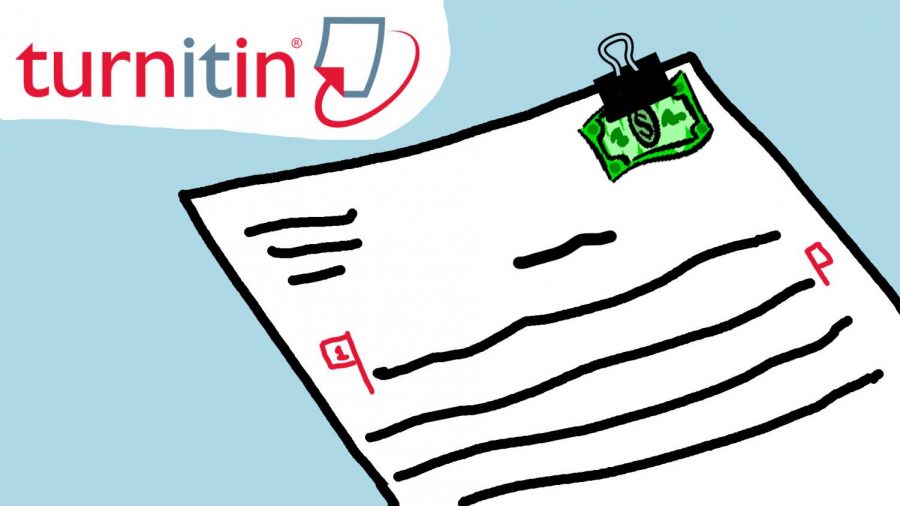 A student's essay is submitted to Turnitin along with a fee for use of the service.

Many students are required to use the plagiarism detection service Turnitin to submit assignments; however, the schools using the service don’t inform them how this third party will use their submission.

The software compares a student’s submission to publicly available sources such as the internet and scholarly publications, as well as all previously submitted student essays. Many schools subscribe to the service in an effort to encourage originality among the student population. While other internet plagiarism checkers exist, the ability to differentiate between student submissions is a defining characteristic of Turnitin’s service, making it incredibly favorable in the eyes of many educational institutions.

The software’s value relies on its ability to maintain and expand its database of submissions to remain competitive, a task handed down to students. While Turnitin claims that “many students…like the fact that Turnitin helps maintain a level playing field,” others might not want to use the service over concerns about how their paper is stored and used. Additionally, although Turnitin does provide an option to exclude or delete a document from the database, a student can’t do it on their own.

A group of high school students, lead by two from McLean, Virginia, sued the company, alleging that the service violates copyright laws. However, the court determined that Turnitin’s use of the papers fell under the fair use exception, as the service benefits the public. Andrew Beckerman-Rodau, co-director of the intellectual property law program at Suffolk University Law School, commented about the case in a Washington Post interview.

“But it seems like Turnitin is a commercial use,” Beckerman-Rodau said. “They turn around and sell this service, and it’s expensive. And the service only works because they get these papers.”

However, it’s important to remember that any student who submits a paper to Turnitin maintains their copyright. The student has the final say when deciding where it can be used. However, while students in public schools may be able to withhold their paper without penalty, students in private institutions jeopardize their enrollment. This power imbalance leads to the endless feedback loop between schools, their students, and Turnitin, which keeps both the papers and money flowing.

After being informed of Turnitin’s processes, it’s expected that some students will be concerned. An option in the software which allows each student to specify their intent would be an ultimate solution, as it is mutually beneficial for the relationship between students and institutions.