The way we are taught about drugs is dangerous. Here's what we can do to actually solve substance abuse problems in schools. 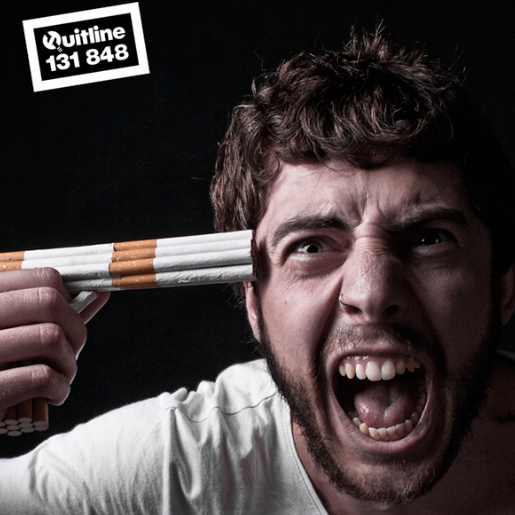 This anti-smoking ad equates smoking to suicide. Extreme tactics and false comparisons like this, used by DARE and smaller anti-drug organizations have isolated youth, often sending them down a path of nicotine and drug use.

I vividly remember sitting in the Tierra Linda Middle School gymnasium, crammed between 500 students. I was in eighth grade, and I knew exactly who the presenters were and what they would say over the next hour, almost word for word.

My 13-year-old mind was bored as I watched a middle-aged white man and woman talk about “the biggest danger to youth today: drugs.” While I had never considered taking part in these activities, hearing people that I didn’t relate to using dumbed-down words and no details did not help. The Drug Abuse Resistance Education (DARE) program is boring, cringey, and has possibly contributed to my peers using dangerous substances.

From what I’ve seen in schools, online, and on billboards, the DARE program’s multi-million dollar advertising campaigns use two tactics to try to get youth to not drink or smoke. The ads either shame kids who do drugs to create a large stigma around these actions, or they try to be relatable to young drinkers and smokers to get them to quit. Both strategies are problematic and have contributed to Generation Z’s substance abuse.

DARE’s most popular videos use data about brain development, some of which have been proven false, to pressure youth not to do drugs. These videos usually start out with two adults playing children who are being pressured to do drugs by another adult playing a child. It then transitions to either the narrator or an actor playing a doctor who explains why nicotine, alcohol, marijuana, and narcotics are poison to the developing brain. These videos, usually shown to us by DARE’s presenters, end with the two children high-fiving and making a pact never to go down the path of drugs.

This technique doesn’t work for a number of reasons. They don’t connect with students on any level, let alone an emotional one. The majority of middle school students have never considered trying drugs or nicotine, so these tactics don’t work on that audience. And the average high schooler’s least favorite thing is to have facts thrown at them by adults who are clearly actors.

DARE’s second most popular campaigning tactic is trying to be relatable to today’s youth. These are videos that stretch anywhere between five to 20 minutes with a group of adults playing stereotypes of teenagers. The actor playing the stoner will suggest that everyone should try the drugs that he bought and everyone will spend about five minutes trying to convince him why this is a bad idea and why this will destroy their lives forever. They end with a cheesy slogan like “It’s not cool to do drugs” or “Just say no.”

Since DARE was founded in 1983, everyone from middle schoolers to “Saturday Night Live” has made fun of this category of videos for being cheesy, low-budget, mildly incoherent, and unrelatable. These bizarre skits often use very outdated references and assumptions about what our lives look like to try to connect with us. Similar campaigns have tried even harder to relate to youth by writing rap songs and using actual teens in music videos.

The result is word vomit that attempts to write the rules on what’s cool and what shouldn’t be cool. These newer campaigns are the most ironic because rap was built off of a gangster image. Rap’s lyrics have always been about doing drugs and being a bad boy, not shaming those who live that lifestyle.

The biggest problem with both of these campaign strategies is the shaming. When a large group of students ostracizes another student for doing something they deem taboo (whether it is illegal or not), it further isolates the student. The isolated student often falls down a rabbit hole of using more substances and even hard drugs like cocaine and opioids, just to forget the depressing feeling of isolation. Seeing this happen to my peers is absolutely heartbreaking, and I am enraged to see that some actions from adults can completely change these kids’ lives. 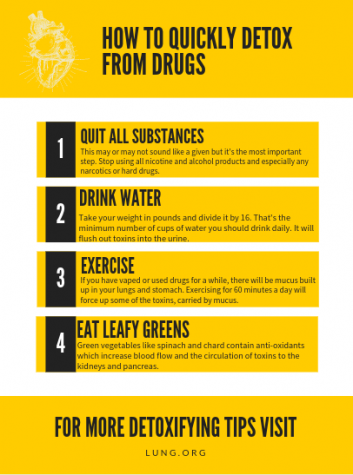 The network Dual Diagnosis has said that students of color, often from working-class backgrounds, are most likely to turn to substance abuse to replace the feeling of neglect and abuse they face from their parents. Programs like DARE don’t take into account how these factors push students into depression and anxiety.

Students don’t turn to substance abuse because it’s cool or fun-looking; they see it as the only escape from the harsh realities they are living through. Further ostracizing these students through shame tactics will only cause them to view drugs as a lifeline. Shaming has never worked, but the contemporary conversation about mental health can change this.

Schools can break the idea of being forced down a path of drug use by first breaking stereotypes and false data. Instead of looking at underage users of drugs and nicotine as criminals, schools need to look at them as people who feel trapped. Because schools play such an important role in our development, our schools are obligated to protect us in these tough times. We need mental health professionals who do not shame students but instead open up a dialogue about the best way to break out of the entrapment of drugs.

We can only change the lives of students if we change the narrative around the use of alcohol, nicotine, and hard drugs. To accomplish this, schools must provide a space of learning and unconditional support to start the process of healing.