Opinion: There is a proper way to ask for someone’s ethnicity 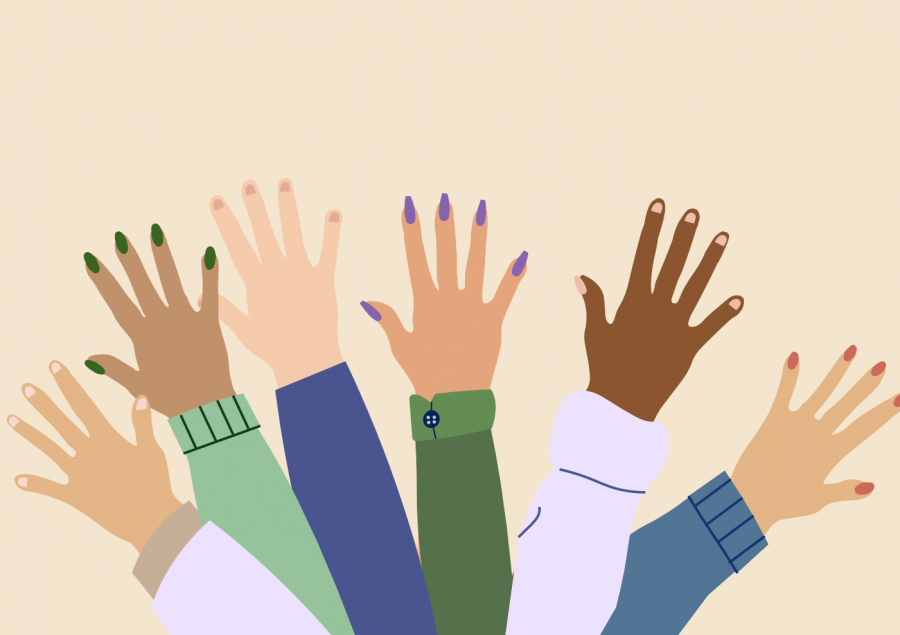 Over 20% of the American population is comprised of minorities. Yet, many minorities who grew up in America feel a lack of belonging due to their different physical appearances.

When I was in the fourth grade, I vividly remember a classmate asking me, “Where are you from?” Before I could respond with San Francisco, they proceeded to play the guessing game of various races and ethnicities that they thought I might have been. I remember thinking, here we go again. A question that is so simple and innocent is deemed to be harmless, right? Wrong.

Now that I have grown older, I understand that question wasn’t meant to be offensive. My facial features convey that I am not white; my hair color differs, my skin tone is a bit tanner than theirs, and my eyes are a bit rounder, so it was natural for my classmates to be curious. However, the issue rooted within this question is that it perpetuates the young and impressionable child to believe that they are outsiders meaning that they don’t belong in American society.

I personally experienced a time when I was growing up where I believed assimilating into the white American culture was critical for my existence. Many other people of color I know have also faced similar dilemmas. A pivotal factor that motivated these thoughts was how the media we consumed negatively labeled people of color.

For example, in Phineas and Ferb, the character Baljeet was depicted as foreign through his exaggerated accent and his stereotypical personality traits of being nerdy and obsessed with math. It was clear that his accent perpetuated his foreignness and his stereotypical character traits resulted in a lack of belonging in American society. The only time people of color were deemed “cool” and “desirable” in shows was when they were white-washed and assimilated into American society.

From an impressionable child’s perspective, these representations may be interpreted as needing to change oneself to fit into American society. Many believe that if they don’t fall into these stereotypes and instead assimilate into American culture, others will not view them the same way the movies do. Instead, they would be accepted and seen as an American.

Not only did this provoke one to attempt to erase their heritage, but it also meant they wished to look the part.

Like many others, growing up, I wished to have eurocentric features to fulfill the deemed beauty standards. The blonde or brunette hair with blue eyes was the standard, as seen with the media we consumed and the dolls we played with because they were labeled “beautiful” and “desirable.”

When a child gets asked where they are really from, it feels as if they aren’t a part of the American society as even their classmates view them as different and foreigners. It means that they physically don’t look the part, which in their minds translates to a lack of acceptance in regards to beauty standards. It confuses them as they grew up in America, so why do others view them differently?

This results in them falling into a spiral of thoughts of whether or not they were American or a foreigner to begin with. It makes them wonder if they have done enough to change themselves to blend and belong into American society.

I realized that these thoughts were solely influenced by the media and the standards that were built ages ago. The microaggressive comments seen in the media convey a false narrative of people of color. As time went on, I have realized the importance of embracing one’s differences and cultural origins.

Like I said before, I now know that it is an innocent question and isn’t something to take offense from. If someone were to ask me where I was from, I would answer that I am from San Francisco, California.

However, if one wondered about someone’s ethnicity, specifying that would be beneficial to obtain the answer they are looking for. If someone were to ask me about my ethnicity, I would proudly reply that I am Chinese-Malaysian.

By specifying the ethnicity, you aren’t implying that one doesn’t belong in American society. I genuinely believe that it isn’t offensive to ask about one’s ethnicity as long as the context appears appropriate.