Opinion: Valentine’s Day will steal your cash, not your heart 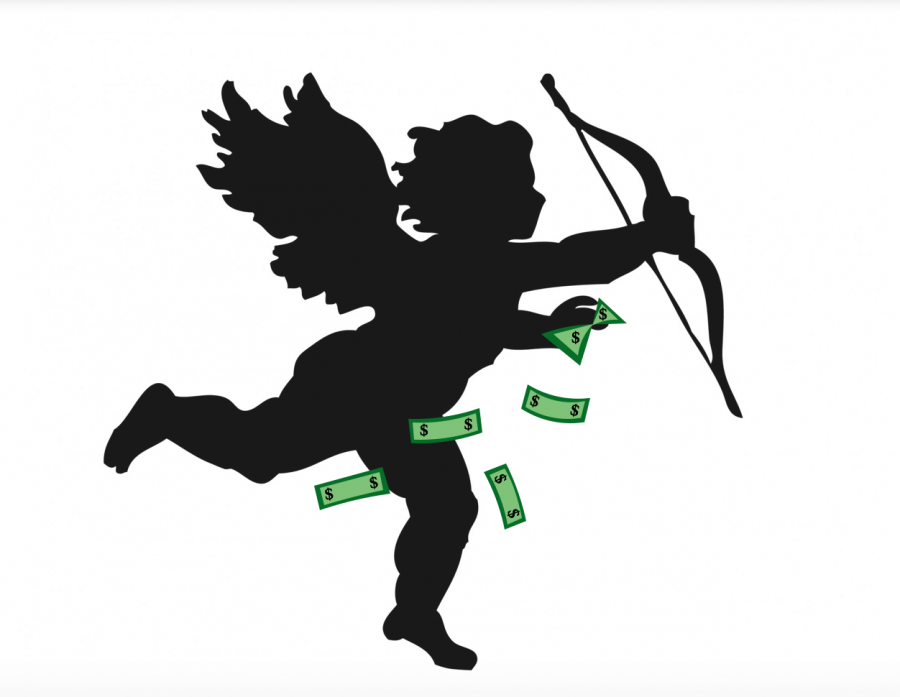 Instead of shooting out love and arrows, cupid is flying off with your money this Valentine's Day.

Be careful — cupid might try to poke a hole in your wallet.

You know Valentine’s Day season is upon you when every which way you look, stores explode with pink decorations, heart-shaped candies, and teddy bears. But, is this day dedicated to love or companies’ love of profit?

The National Retail Federation has predicted that U.S. consumers will spend a total of $27.4 billion this Valentine’s Day, with the industry racking up $2.4 billion on candy alone.

The celebrants, which make up 55% of the U.S. population, spend an average of $196.31. Families tend to spend $30.19 on each family member, other than significant others. On friends, celebrants spend about $14.69 each.

But the price of love seems to be rapidly increasing. Just last year, in 2019, the average that people splurged for each friend was $9.78.

Even the 45% of the population that doesn’t celebrate Valentine’s Day contributes to the corporate piggy bank; some throw get-togethers and others create a “treat yourself” day. People not currently in romantic relationships often attempt to make themselves feel better by spending their money on useless products.

However, this holiday shouldn’t empty one’s bank account and pour it into the pockets of corporations.

The commercialized Valentine’s Day makes the celebration of love tacky and less personal. People should express their appreciation when and how they feel it’s appropriate instead of feeling pressured to indulge in the so-called “season of love.”

Initially, hundreds of years ago, Romans celebrated the festival of Lupercalia, traditionally held in mid-February. The festival celebrated the coming spring, fertility, and randomly paired women off in a sort of match-making lottery.

Almost 200 years ago, in the 1840s, Valentine’s Day took on a more commercialized identity. It became associated with greeting cards, flowers, and chocolates.

Valentine’s Day has become a competition of “how much can you spend to show people you care?” And while personal Valentine’s Days may differ, the real winners this season are the corporations churning out the meaningless products that we consumers flock to purchase.

Valentine’s Day is a day of dispensable, material goods and should not dictate how love is expressed. Once the chocolates are eaten, the outings have ended, and flowers composted, the only thing that remains is real love.