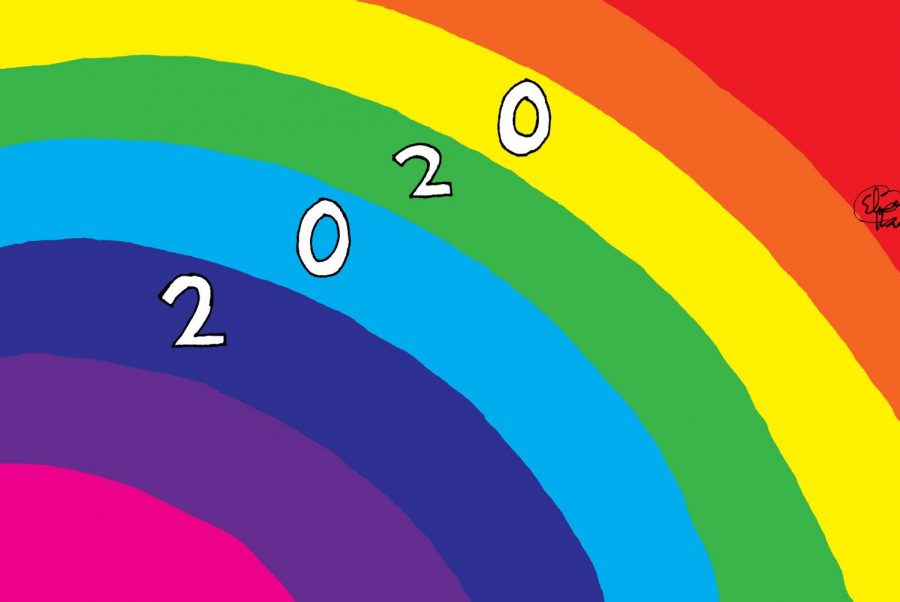 After the rain comes the rainbow; this applies to 2020, as the rest of it has the potential to be good.

We’re only two weeks into 2020, but a lot has been happening in those two weeks. Between the looming threat of a war between Iran and the U.S. and the fires in Australia, it may be easy to think that the turn of the decade will bring nothing but negative energy.

However, we shouldn’t let the first two weeks of this year set the tone for the next 50. As the rest of the year hasn’t played out yet, it is important to understand 2020 has the potential to be great.

In an age where bad news is always making headlines, we sometimes forget to stop and remember that there are good things in the world.

For example, according to UC Berkeley Engineering, researchers have recently developed a sustainable type of sand that can filter toxic metals from water. This is great for water-stressed cities, as this new sand could possibly make stormwater safe to drink.

In addition, a new lamp with customizable features has been designed by a team of French researchers, according to Good News Network. This lamp could be a game-changer for people who are dyslexic, as 90% of those who tested the lamp said they could “effortlessly read a [written] text” while using it.

Those two examples sounded like good news, right? Well, I’ve got better news: despite the negative headlines, there are great things happening around the world every day.

Remember the Australia fires that I mentioned earlier? Well, efforts have been made internationally to support the effort to put out the flames and save the animals. These efforts include a set of benefit concerts from the Wiggles, who are reuniting for the first time since 2012.

And about the conflict between the U.S. and Iran? Well, according to Al Jazeera, President Donald Trump did not announce any new military action from the U.S. This means that there will most likely be no need for the draft to go into effect there. Sorry, World War III memes, but your status as a social trend is now spreading unneeded pessimism.

Politics doesn’t always bring good news, but there is another major 2020 event that needs to be considered: the 2020 election. Right now, it may seem like the race is drowning in a sea of candidates, not all of which may deserve to win. However, the candidate that wins the presidency could change the country for the better. Of course, this won’t be known until November, but it’s always nice to have some hope for the future.

It may feel as though this year could be the worst possible year ever, but we have only experienced it for a short time. As a result, we have allowed ourselves to make assumptions about the whole year based on only a small fraction of it.