Opinion: We’re not going away

My experiences growing up Asian-American. 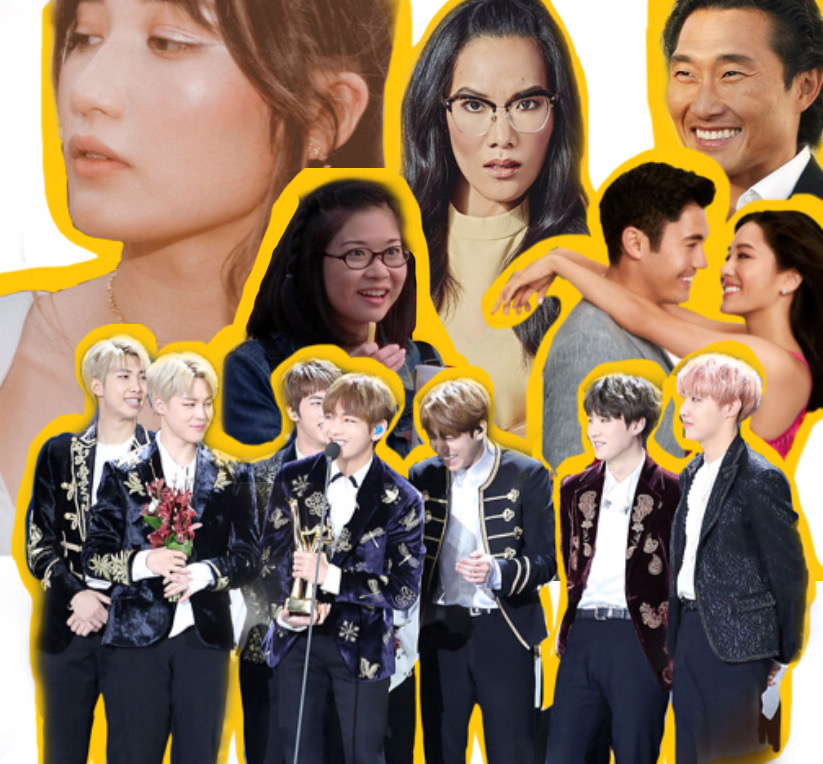 Walking to the bus stop, talking to my friends, going in for an interview, I was always incredibly conscious of the fact that I am Asian.

I was never bullied or made fun of for my ethnicity. Luckily, I grew up in a time and a place where ostracization against any race is actively rejected. But still, growing up Asian-American has always been a large part of how I grew up and who I am now.

On March 11, Florence Pugh, an upcoming actor most recently seen in Greta Gerwig’s “Little Women,” posted an Instagram story about a poor Uber experience. Fans immediately took to Twitter to call her out on being racist.

Whether or not she was acting racist, the fact of the matter is this: one Instagram story was enough to anger hundreds of people on Twitter.

Since the creation of the country, racism has played a significant role in American history and continues to play one today. The word racism sparks a feeling – one wrong word, and hundreds of people are trying to cancel you on Twitter.

But by continually calling people out for being racist, someone’s race just becomes a more significant part of their identity.

So even though I was never excluded, discriminated against, or bullied for being Asian, it has always felt like my defining characteristic. And when I’m surrounded by people who don’t look like me, it’s hard not to feel different.

When news of COVID-19 first started popping up, it was said to have spread from a Chinese man eating raw bats. My first reaction was not about the potential harm of this new disease; it was about how now people would think that Chinese people just ate raw bats for the fun of it.

Every headline, news article, late-night TV show that mentions the word “Asian” sends another wave of fear that they’ll have something negative to say. Something that will be transferred on to me, even though I grew up in America, with American schools and American customs.

For the longest time, I was ashamed of my background. I grew up with four Asian grandparents who immigrated into America and raised their children—my parents—here. Going to an American school and learning American things, and then come home to an entirely different culture made me subconsciously compare my school life to my home life. After a while, I began appreciating the American part of me more than the Asian part.

In retrospect, I think a lot of my attitude came from how American media portrayed Asian culture and Asian people. In a lot of the TV shows that I had growing up on Nickelodeon and Disney Channel, there were very few Asian characters. I grew up idolizing characters who lived in very different cultures from the one I experienced, such as Victoria from Victorius. This underrepresentation of Asian culture in American media gave me the false perception that American culture was better than Asian culture.

Even when movies like “The Karate Kid” featured Japanese culture, to me, it never felt Japanese. It always felt like an American rip-off of the real thing.

It really does warm my heart to see more Asian celebrities in mainstream American media. BTS, Ali Wong, Lana Condor, and so many more represent the culture I wish I had been able to appreciate while growing up.

Being Asian is part of who I am. It’s part of my identity, and it’s part of how people see me—there’s no changing that. But there’s so much history, culture, and love that comes with being Asian. So, if being Asian is my defining characteristic, I’m glad that I get to be associated with such a lovely culture.

It may have taken me 15 years to proudly say that I am Asian, but now that I’m here, I love it.