Opinion: World hunger can be ended, but people need to put in the effort 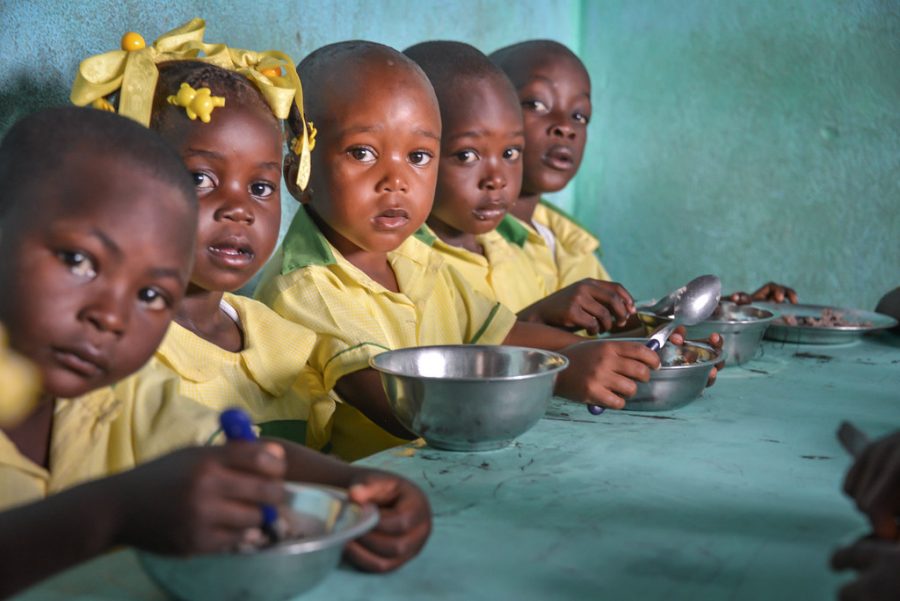 A group of malnourished children in Haiti eat a small meal together.

That’s how many people suffer from a lack of food across the globe.

Growing up, I was always told never to waste food. Adults would say that “there are people who don’t even get one square meal a day,” and that by wasting food, I’m disrespecting the millions of people who get little to nothing.

Looking back, I realize that the majority of those adults never actually did anything to try and prevent world hunger or even help the malnourished citizens within their community.

However, research shows steps can be taken.

According to Rise Against Hunger, an international hunger relief organization, this global issue can be ended by 2030. But, this can only happen if enough people are willing to put in the resources.

Rise Against Hunger has about 430,000 volunteers worldwide. These volunteers have allowed them to aid as many as 794,700 lives in one year, across 78 different countries. As of today, they have packaged over 500 million meals, with almost 300,000 meals a week.

Despite their efforts, there still aren’t enough volunteers to make enough of an impact.

People always talk about wanting to end world hunger, but most of them don’t do anything about it. There are so many opportunities to contribute to the cause, yet people don’t make use of them.

Adults tell me that we live in such an affluent area that nobody starves here. If there was a need to help, then they would contribute to the community. Nevertheless, since everybody here has more than enough food on their tables, there is nothing for them to do.

However, they are incorrect. Despite the wealthy appearance of our community, there are many struggling to get by. With the high cost of living in our area, among other circumstances, numerous families are unable to provide enough food for themselves. For some children, the only meal they receive each day is their school lunch.

In 2013, it was found that about 75,000 people are going hungry in San Mateo County alone. According to a 2018 article in the San Francisco Chronicle, one in 10 Bay Area residents don’t make enough money to both live here and eat enough in a day.

There needs to be a more substantial effort to end this problem. World hunger can be stopped by 2030, but only if more people start volunteering their time and resources. Whether it’s joining nonprofits like Rise Against Hunger or just volunteering at a soup kitchen, some steps can be taken to curb, if not eventually solve, this problem.

So, if you ever hear an adult talking about how they want to end world hunger, ask them how they are contributing to the problem themselves.

When they start the “you don’t leave until you finish” or the “there are kids in Africa” speech, tell them to put some action behind their words. Forcing people to eat won’t solve the problems that they are pointing out, action must actually be taken.

So start now. Volunteer. Donate. Whatever it is, do something that will make a change and contribute to finally ending world hunger once and for all.