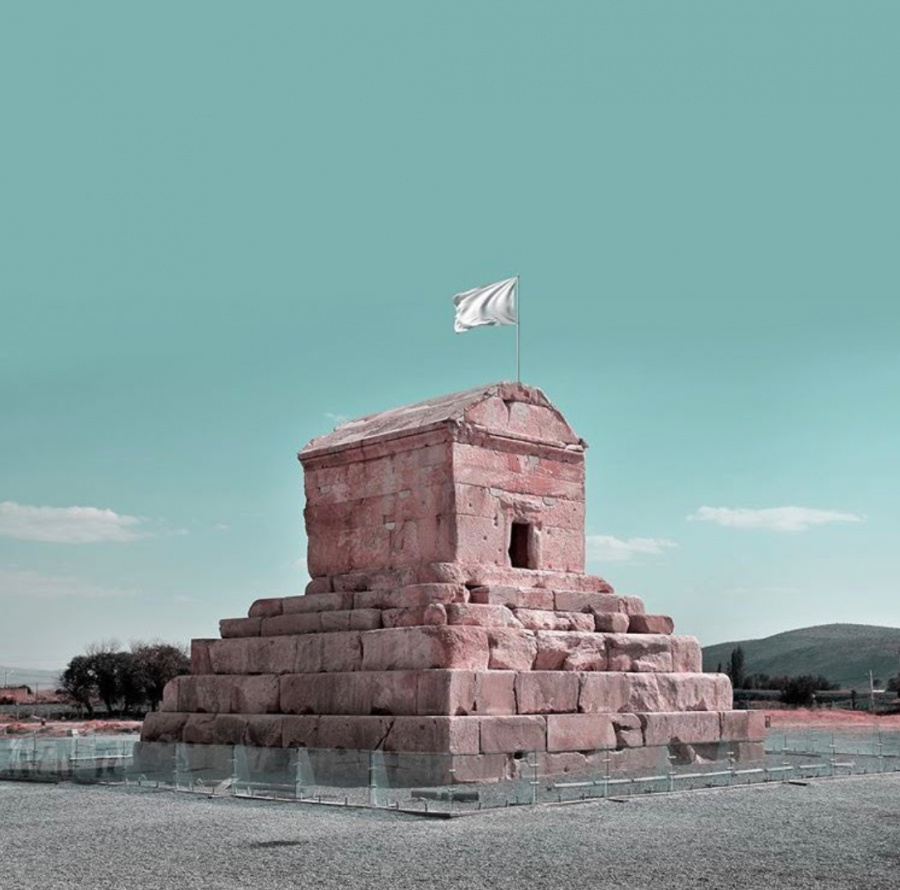 Mohammad Hassan Forouzanfar. Used with permission from the photographer.

One of the great historical sites in Iran that President Trump threatened to bomb: the tomb of Cyrus the Great, built in sixth century B.C., waving a white flag signifying a surrender or truce.

It was as if someone had reached into the part of my mind I try to shut out, had uncovered my worst nightmare — my greatest fear — and decided to play it on repeat right before my eyes and turn it into a sick joke for the nation to laugh at.

The headlines spammed the internet.

Growing up as an Iranian-American, I quickly learned that whenever my motherland is in the news, it is never a good thing.

I could feel my heart plummet. My palms become clammy, and my hands start to shake.

While most of my peers, even friends, had the luxury of making light of the life-or-death situation at hand, my family and I had no such luxury.

In the beginning days of 2020, instead of the usual hustle and bustle in my house, a dark shadow enveloped us all.

At family gatherings, surrounded by fellow Persians, the air was filled with the hushed whispers about one thing and one thing only.

Our cultural landmarks, our heritage, and, most importantly, our family living in Iran were, and are, at stake.

Each new headline, each new development, sent a fresh wave of fear through my body.

It has been no secret that Iran and the U.S. have had a rocky relationship. In May 2018, when President Trump withdrew the U.S. from a nuclear deal with Iran and other world powers, tensions began to rise.

However, it was Trump’s order to kill Iranian military general Quassem Soleimani, which brought the U.S. and Iran to the brink of war.

Following the murder of Soleimani on Jan. 3, the Iranian government retaliated four days later by firing missiles at two U.S. military bases in Iraq: neither suffered any casualties.

As these events unfolded, I was mind-blown that so many of my peers were sharing and laughing at jokes that downplayed the grimness of the situation.

Jokes about getting drafted were all the craze.

Yet, due to the Vietnam War and overwhelming public outcry spurring anti-war sentiment, the U.S. ended the practice of drafting, proving “fears” of being drafted were hollow.

Meanwhile, in Iran, conscription is a genuine fear. For the most part, another war ravaging the Middle East would have little to no impact on those living in the U.S.

But for those who call Iran “home,” a war means the loss of thousands upon thousands of lives, families being shattered, further destabilization of the region, and the subsequent traumatization of generations in the Middle East.

Yet, by using this event as new, entertaining content, many Americans didn’t register the severity and the brutal truth under the surface of these jokes. Disconnect forms through such wisecracks, preventing the situation from feeling real.

Humor, based around American imperialism and the pain of others, is, at best, a crass coping mechanism.

My teenage peers were not the only ones at fault, though. Even well-known public figures, like former Giants baseball player Aubrey Huff, used World War III memes as a not-so-subtle way to project racism and sexism. 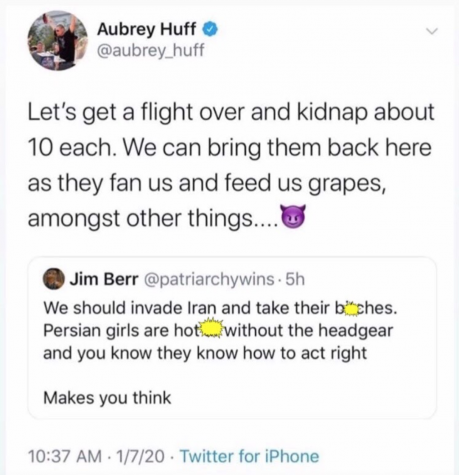 These jokes display the incredible level of privilege we, as Americans, have and take for granted: sitting comfortably at home, chuckling at a World War III meme while, on the other side of the world, families don’t know if they are safe in their own homes.