A special report on school bullying, harassment, and the power of the Internet.

Featured in The Highlander. 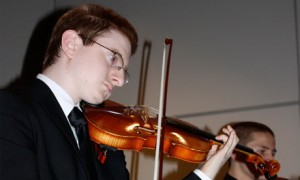 Since technology has been expanding, more teenagers are starting to adapt to social networking sites, text messaging, and web blogs. Although technology seems to be in it’s prime, bullying is rising among students and technology has made bullying worse than ever. Some teenagers are using technology as a tool to bully others. In some cases, cyber-bullying has tragically led to suicide.

On Sept. 19, Tyler Clementi, an eighteen year old freshman student at Rutgers University, was allegedly video taped when Clementi asked for a few hours of privacy in his dorm room while he was supposedly having sexual encounters with another male student. The video clip was streamed on the Internet by Dharun Ravi, Clementi’s roommate, with the assistance from Ravi’s friend, Molly Wei. 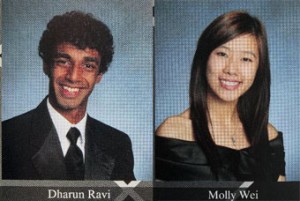 Ravi tweeted on the night of the first recording, “roommate asked for the room till midnight. I went into molly’s room and turned on my webcam. I saw him making out with a dude. Yay.”

A few days later, Ravi wrote another tweet stating, “anyone with iChat, I dare you to video chat me between the hours of 9:30 and 12. Yes it’s happening again.”

On Sept. 22, Clementi posted as his status on Facebook at 4:38AM, “So I wanted to have the guy over again. I texted roomie around 7 asking for the room later tonite and he said it was fine,” [sic] he wrote. “When I got back to the room, I instantly noticed he had turned the webcam toward my bed and he had posted online again …”

In another post Clementi wrote, “I ran to the nearest R.A. and set this thing in motion. We’ll see what happens.”

Within two hours after posting his message, Clementi reported that his residence assistant took the issue seriously, “He asked me to email him a written paragraph about exactly what happened. I emailed it to him and to two people above him.” Clementi was dramatically affected by the video clip that had reached the Internet and soon was available to the world.

Later, Clementi drove onto the George Washington Bridge, parked his car and wrote his last message on Facebook: “Jumping off the gw bridge. Sorry.” [sic]

He walked about a mile onto the bridge and jumped and took his own life at approximately 8:50PM on Sept. 22. 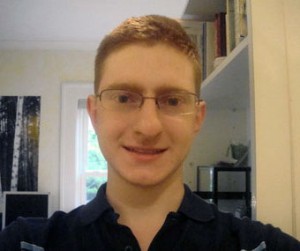 “…Malicious people will do vicious things for absolutely no reason, except for the sadistic pleasure they get,” Luke Li, a Carlmont sophomore student, stated.

[You can view the local police statements here and here]

“Regardless of legal outcomes, our hope is that our family’s personal tragedy will serve as a call for compassion, empathy and human dignity,” Clementi’s parents stated.

Many Carlmont students believe the students who took their lives needed to seek out for help from adults. “It is sad because suicide should not be the answer to our problems. It is not excusable, yet these students needed to seek more help,” Nathan Galicia, a Carlmont junior, replied. “They have to realize that they are not at fault; and just ignore the bully and become a better person,” Li added.

After people heard about the devastating suicide of Tyler Clementi, parents, teachers, talk show hosts, CEO’s of major corporations, and even President Obama have taken a stand to bullying. A large number of famous celebrities such as Jessica Simpson, Jessica Alba, Demi Lovato, and Eminem were bullied as a child and now are speaking out. “[People] would throw toilet paper at my house or throw eggs at my door,” Simpson revealed.

Years before Emenem’s career began, his mother filed a lawsuit against one of the boys who bullied him. Click here to view the court document: https://docs.google.com/fileview?id=0B3ACjEDYjcGUMjA1ZDU4YzUtZjcxMy00M2ZkLWE3YzYtOGE2MTUyZDMwMzY0&hl=en

The It Gets Better Project launched last month on YouTube to provide teenagers access to videos from LGBT supporters and celebrities, such as Tim Gunn and Perez Hilton, to share their childhood experience dealing with the tremendous amount of rejection and bullying for their sexual orientation to show teenagers who are LGBT that “it gets better.”

Hillary Rodham Clinton, former FIrst Lady and current U.S. Secretary of State, stated in her It Gets Better video, “I have a message for all the young people out there who are being bullied, or who feel alone and find it hard to imagine a better future. First of all, hang in there, and ask for help. Your life is so important to your family, your friends, and to your country. And there’s so much waiting for you, both personally and professionally.”

The project’s YouTube page is the most subscribed channel this month and over 200 videos of people showing support have been uploaded.

Ellen DeGeneres, comedian and talk show host, stated, “I am devastated by the death of eighteen-year-old Tyler Clementi. If you don’t know, Tyler was a bright student at Rutgers University whose life was senselessly cut short.”

In an exclusive interview with CNN’s Anderson Cooper, DeGeneres reports that she’s been bullied about her sexual orientation throughout her life. “When these things happen, it feels like a direct assault on me, because I am that person that they are bullying… I am that person that – that feels like committing suicide. They’re talking about me. I’m gay, and I have been ostracized my whole life and in society. And I’m sent that message on a daily basis by the media, and – and it hurts,” DeGeneres said.

“Something must be done. This month alone, there has been a shocking number of news stories about teens who have been teased and bullied and then committed suicide… this needs to be a wake-up call to everyone: teenage bullying and teasing is an epidemic in this country, and the death rate is climbing.” DeGeneres concluded the interview by stating, “I want to say to those kids out there: I have been through it. I came out. I am successful. I am happy. I am in love, and there is hope.” 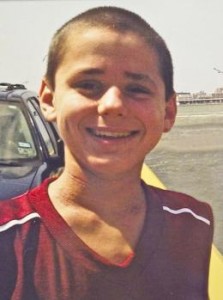 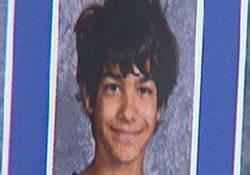 “When it gets out of hand, it hurts the person and the people around them,” commented Galicia.

This year for October’s Bullying Prevention Month, AC 360, PEOPLE Magazine, and Cartoon Network partnered up to present a report on the bullying epidemic facing America’s children and teenagers.

CNN ran a show on Oct. 4 at 10PM on the dangers of sexting, bullying and cyber-bullying.

PEOPLE magazine ran a bullying package in their Oct. 18 issue, which features confessions of a former bully and stories from students who were humiliated in school.

Cartoon Network launched Stop Bullying: Speak Up on Oct. 4. The cable network included references on the show to their online site for free resources available to all parents and kids.

On Oct. 14, President Barack Obama commented on the tribulation of Clementi’s death, “Our heart breaks when we read about what happened at Rutgers, when we read about some of these other young people who are doing nothing to deserve the kind of harassment and bullying that just completely gets out of hand,” he said, “Part of the power of the Internet is that information flows out there and it is generally not censored and it is generally not controlled by any single authority…harassment of any form…is unacceptable.”

Ivonne Fajardo, a Carlmont junior, agrees with President Obama, “Most of the time it is not the fault of the person being bullied, but rather the anger and uncontrolled emotions of the bully.”

“Yes, like stated, malicious people will do vicious things for absolutely no reason, except for the sadistic pleasure they get. Become a bigger person and ignore them, realize their immaturity,” Li said.

On Oct. 20, students around Carlmont’s campus wore purple to recognize the five students who committed suicide within the past month, which students found out from friends and Facebook.

At Carlmont High School, Students Offering Support (SOS) group has a program, within the group, known as Sticks and Stones: Bullying Prevention, “We teach students about bullying and the correct way to handle it. We also counsel kids who are being bullied and we try to resolve the issue in a positive way,” stated SOS’ Co-President and Sticks and Stones’ Co-Leader, Lisa Cooper. “I help my co-leader, Steven Tsujisaka, present to some of the freshman history classes about bullying. The purpose is to prevent bullying and to educate students healthier ways of handling issues.”

If you encounter any bullying or witness some being bullied, confront the bully and tell them what they’re doing is wrong and needs to stop. For any reason if you’re not comfortable confronting the bully, see SOS Coordinator and therapist Shelley Bustamante in the administration office.