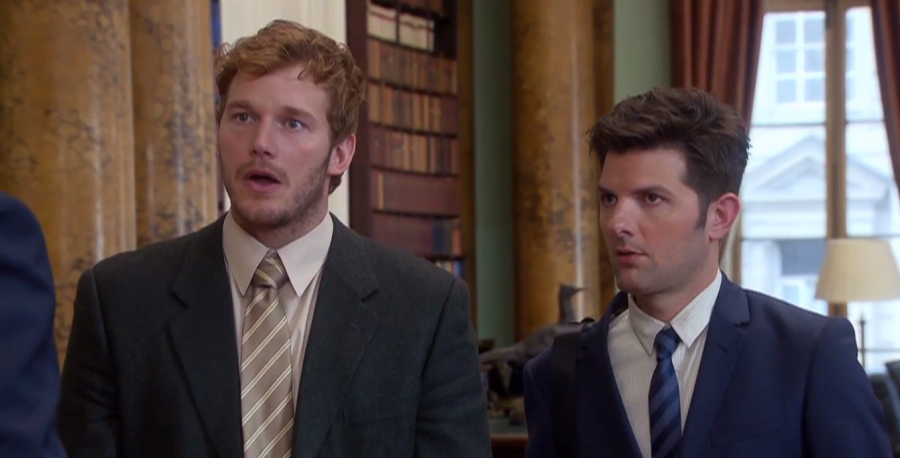 The following contains spoilers for Parks and Recreation: “London.”

After all of the new, mediocre network comedies that have been coming out, “London,” the hour-long Season Six premiere of Parks and Recreation, was a refreshing return to a comedy whose hilarity hasn’t waned in the slightest. Parks and Recreation is a mockumentary similar to The Office; it is about municipal officials and their lives working in the government of Pawnee, Indiana. However, unlike The Office, which only has a few likable characters, each character is either amazingly likable or hilariously detestable.

The storyline took a completely new direction: Leslie, Ben, Andy, April, and Ron traveled to London. Leslie went to accept an award for being a successful woman in government. Ben and Andy went to pitch their after-school music charity idea to the amusingly childish Lord Covington. April and Ron went to travel and support the others. Watching the characters deal with each event in their own unique fashion was ridiculously funny, as usual.

Even the things going on back in Pawnee were hilarious. Tom was dealing with Jean-Ralphio’s dad, who was hell bent on running Tom’s Rent-A-Swag business down (“Thank you all for coming. And lemme just say how truly, deeply trill it is to be standing in this dope ass conference room and addressing a group of people in a business meeting. It’s really a dream come true”). Ann and Chris were moving forward with Ann’s pregnancy. Diane told Ron that she is pregnant and they immediately married each other.

Throughout all of these events, the episode constantly delivered many moments of laughter and whimsey. The characters  showed character development while still retaining the sweetness and originality of the series. With corgis, Ben in a barrister wig, Ron’s distaste for Europe (“Enjoy the fact that your royal overlords are a frail old woman and a tiny baby”), Stonehenge, and Jerry’s accidentally inappropriate comments, this entertaining episode was filled with everything that the viewers have loved about Parks and Recreation since the beginning.

Parks and Recreation airs on NBC on Thursdays at 5:00 p.m. PST. 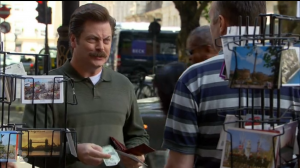