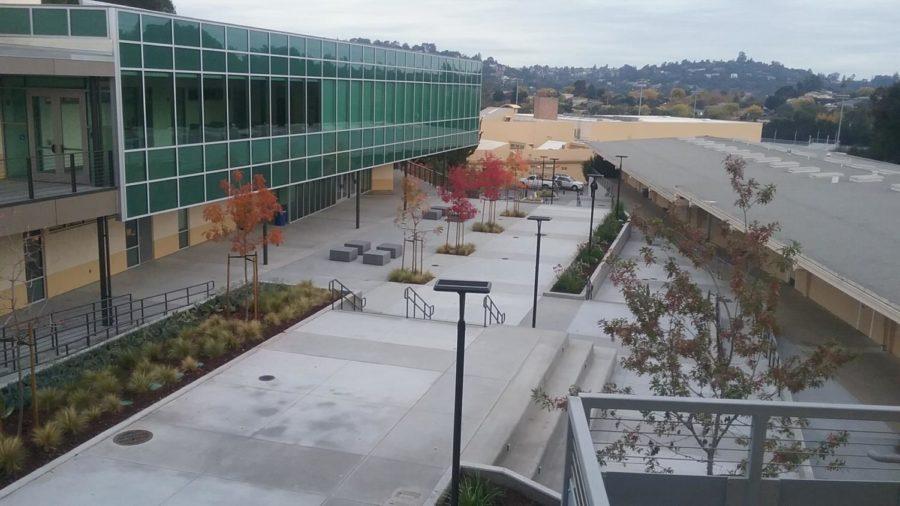 The S wing of Carlmont High School, as seen from U hall.

Lateness is an ongoing problem at Carlmont High School and unfortunately, having seven minutes is not enough time to get to class comfortably. Students either have to run, leave their previous class early, or just accept that they are late to class every day.

“I have to walk from U to F and I just barely make it to music in time. I’ve had bad experiences with running […] through the hall so I think we deserve a bit more time, just a minute longer would be helpful,” said Emma Lee, a sophomore.

When asked about how long passing period should actually be, the common answers ranged from 8-10 minutes. All the answers averaged, turned out to be 9 minutes and 10 seconds.

“Having ten minutes passing period would be good. Not only would it help you get to class easier, having ten minutes would give you time to go to the bathroom, eat some food, and so on,” said Abby Brendza, a sophomore.

There were students who thought passing period gives enough time to get to class.

“I think it does [give enough time] since I can get from S to F in time,” said Kaitlyn Parohinog, a sophomore.

Even though it does not take too long to get from U to T or S hall, sometimes having those extra thirty seconds can be the difference between being on time and being late.

When asked about where the extra time for longer passing periods would come from, the most popular answer was to just cut it out of lunch.

“Lunch is basically just a big break, if we wanted to we could just chop up that break and place it into other spots,” said Brendza
Another problem with students being late is that some teachers are less sympathetic to the issue.

“Teachers on those ends need to be more sensitive to students being late. It’s unfair for a teacher to be punitive about students [coming from the other side of campus] being late,” said Patricia Braunstein, a history teacher in D hall.

Braunstein also has advice for anyone struggling to get to class in time.

“It’s worthwhile if students and parents have concerns to take that up with admin because they are aware this is an ongoing problem” said Braunstein.