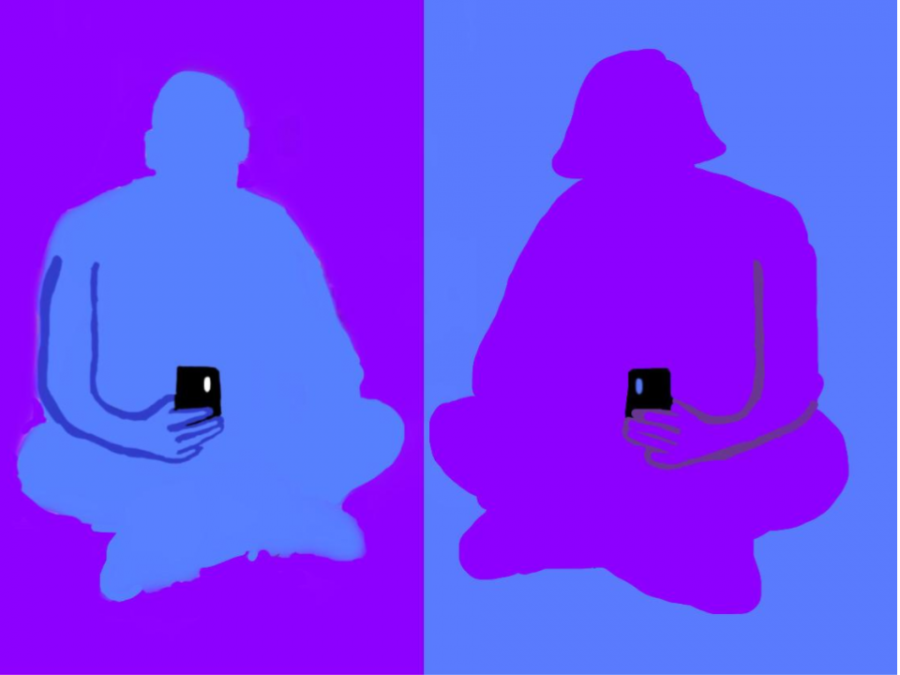 Teens look to social media and video games to cope with COVID-19 isolation.

Being stuck at home for months on end can be mentally draining, with no personal connection to the outside world and people other than your family members, sitting patiently at home while COVID-19 cases grow worse.

COVID-19 isn’t the only disease that is going around. Mental issues are reporting to be more relevant and recognized during the ages of COVID-19. Trapped inside your house for weeks and limited to the outside world make humans on edge. A UN study, reported by Columbia Psychiatry, showed that even in less populated countries compared to the United States, Ethiopia, in this case, experienced 33% of the population developing symptoms of mental health disorders. They reported these cases to be three-times higher than before the crisis.

While different world governments are putting in more restrictions, the CDC highly discourages the public from meeting with friends personally and go outside for unnecessary trips. Fortunately, technology has given people the advantage to fulfill the need for social connections outside of our home occupants throughout this lengthy isolation.

The technology in a little handheld box brings connects lives at home to the outside world. Teens have used social media apps, gaming chat rooms, and more to connect with their peers. Eric Yuan, the current CEO of Zoom, reported that during the beginning of the pandemic in Dec. 2019, that the maximum amount of Zoom conferences at that time was 10 million users on the more busy days. Now, Yuan reports over 200 million consumers as of April 1 of this year and released a statement to Zoom users regarding the spike of Zoom traffic due to COVID-19.

“We have been working around the clock to ensure that all of our users – new and old, large and small – can stay in touch and operational,” Yuan said.

Apart from Zoom, other social media and messaging apps help users socialize and connect people to the outside world. Apps like Snapchat, Instagram, and TikTok are popular among teens and help them connect online.

“I use Snapchat,” Anika Butkus, a sophomore, said. “You can send videos of yourself talking to people, so it feels more like a real conversation.”

Gaming is also another popular way teens connect online when limited to in-person socializing. Video games enable teens to use strategizing skills and teamwork with their friends to complete tasks or win a specific game.

Many consoles or PC games have a feature that allows teens to talk to each other and strategize about their game. While addictive, many video games have proved to have some health benefits like stimulating and exercising users’ brain functions like attentiveness and strategizing from a study conducted by Daphne Bavelier, a neurologist, and other neuro-researchers.

Video games such as Among Us, a popular game played across PC and mobile phones, have become praised between teens during the age of COVID-19 lockdowns. Teens play as astronaut characters to go around the designated map and complete tasks. There is one randomly selected imposter that goes around and kills teammates. The teammates have meetings to discuss who they think the imposter is. Sort of like Clue, but in video game form.

“In order to play Among Us, you have to be social,” Connor Len*, a Bellarmine College Preparatory student, said. “In a time where social contact is deprived, a game centered around talking, laughing, and lying saves us all from falling into the bottomless hole of loneliness that we humans so vigorously hate.”

From only a couple hundred plays a month, InnerSloth’s Among Us grew to about a couple million plays on its highest days. The game servers often tend to crash because they cannot keep up with the growing demand.

Apart from video games, TikTok, derived from the famous late 2016 video app, Musical.ly, is a social media app also used widely among teens. The social media app allows users to post short 15-60 second video clips. Music, comedy, and dancing videos are popular on this app. This app caters to all audiences by providing thousands of trending songs that users can put in their videos’ background.

TikTok has also seen a broad jump in interactions with the app during COVID-19. Tracked by App Annie, a mobile app statistics company, shows that the app’s user interactions, in overall combined hours, had increased from millions in late 2017 to about half a billion in the United States last December, when COVID-19 was becoming a growing concern.

With the new age of technology, we have easier access to the outside world. Phone lines and satellites are connecting us around the world. Even though we can’t physically see each other, we still have little handheld machines that allow us to communicate with the world.

*This source preferred to be left anonymous to avoid repercussions from their school, in accordance with Carlmont Media’s anonymous sourcing policy.