‘Perfect Sisters’ was far from perfect 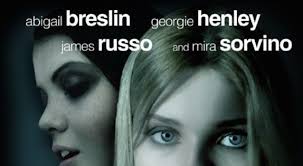 The new Canadian film “Perfect Sisters” brought a true story back to life.

Sandra, a high school senior, and her sister Beth (Georgie Henley), a high school junior, had to fend for themselves and their little brother with little help from their alcoholic, depressed mother Lisa (Mira Sorvino).

Sandra and Beth were inseparable and look out for each other when no one else does. Their relationship was a major focus of the movie.

The other focus is the havoc their mother wreaks on the sisters’ lives. From drunken days to abusive boyfriends, Lisa constantly puts her children in danger.

As the oldest, the responsibility to take care of her mother and siblings falls on Sandra.

To forget the bad moments, Sandra and Beth have seemingly joint hallucinations where they imagine a perfect mother. Though the effects weren’t the greatest, the hallucinations added some much needed comic relief.

This movie on the whole was chillingly dark, and brought up issues ranging from alcoholism to abusive relationships. It was impressive how much content was packed into a 98 minute film.

The downfall of this film was the sometimes overdone, often unnatural acting. Some outbursts just seemed so outrageous they would have been comical if not so uncomfortable.

Too watch this movie and remain in high spirits would be quite a feat. Its message lingered and if anything it made me appreciate my life more.

A positive of the film was that it stayed true to the truth and followed the series of events almost exactly. In the end credits the audience is given a summary of what happened, which wrapped it up nicely.

So, for those not afraid of a little bring-me-down movie, “Perfect Sister” will be perfect for them.

“Perfect Sisters” will be coming out in theaters on Friday April 11.