‘Perfect’ tries hard to be in style 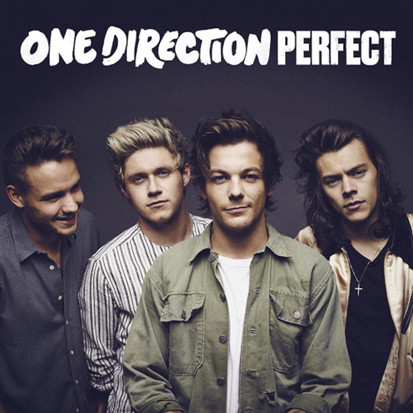 If you ever heard the song “Style” by Taylor Swift, this new One Direction song might sound fairly familiar.

As a track from their highly anticipated album “Made in the A.M.,” “Perfect” has gotten a lot of recognition. For example, the song became No. 10 in the Billboard Hot 100. This was the push that helped One Direction break the record for the most top 10 Hot 100 debuts among groups. Their five songs surpassed the Beatles’ four.

However, the whole hype over this song seemed extreme, given the rhythm of the song was not original. The chorus of “Perfect” and the chorus of “Style” sound the same. The only thing that really changed was the lyrics.

Styles and Louis Tomlinson, both members of One Direction, worked with other songwriters to create this so-called “Billboard Hot 100” song.

Some of the lyrics said, “If you like cameras flashing every time we go out, (oh yeah) and if you are looking for someone to write your break-up songs about, baby I’m perfect.”

Styles sang these lyrics, and if you haven’t heard, Swift is known for writing break-up songs. Back in 2012, Swift and Styles used to date. Since then, there have been controversial discussions over their relationship and whether they “write songs about each other.”

“Perfect” brings even more talk about it, adding fuel to their popularity and fame. Whether it was intentional or not, Styles must know where this song will lead: more hype to the “Haylor campaign” (Haylor stands for Harry and Taylor).

As “Perfect” mainly focuses around Styles, who sings the majority of the song, less attention goes to the other band members and the fact that a band member is missing. Remember Zayn Malik?

“Made in the A. M.” is going to be the first One Direction album without their former band member, Malik.

At the moment, the singles are the main focus. The first single, “Drag Me Down,” was a great pop song that definitely deserved all the recognition it got.

“Perfect,” on the other hand, might have been a good song, if it didn’t lack originality. The only reason why I enjoy this song is because the rhythm of “Style” is great, making the rhythm of “Perfect” great as well. The parts of the other band members were notable as well; if only they weren’t so short.

Suggestion: try listening to the chorus of “Style” and “Perfect” at the same time. Then you’ll see what I mean.