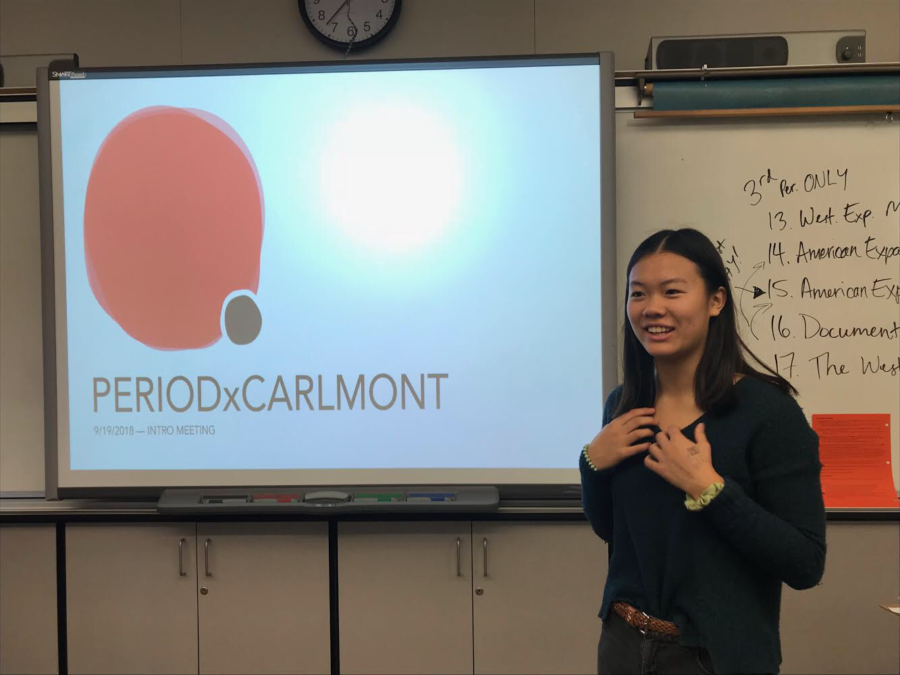 Chloe Wen, a senior, gives a presentation about PERIOD at the club’s first meeting of the year.

A new club is bringing the menstrual movement to Carlmont, and they are here to stay. Period.

PERIOD is a non-profit organization with over 150 chapters worldwide. The group seeks to bring awareness to the fact that pads and tampons are not necessarily “feminine products,” but rather simply menstrual products. This year, the organization aims to change the language surrounding periods.

A chapter of this global organization was recently brought to Carlmont by Ry Lei and Chloe Wen, both seniors. The newly-formed club meets every other Wednesday in E8 and had its first meeting on Sept. 19.

The club was started when Lei and Wen took notice of a petition calling for the repeal of the tampon tax in California.

“I realized that the founders of this petition were from an organization called PERIOD,” Wen said. “I reached out to them. I asked how I could get more involved, and they said that I could advertise the petition or start a PERIOD chapter at our school.”

So together, Wen and Lei started Carlmont’s own PERIOD chapter. According to Wen, PERIOD operates with three main goals in mind: raise awareness, educate students on the menstrual movement, and initiate change. 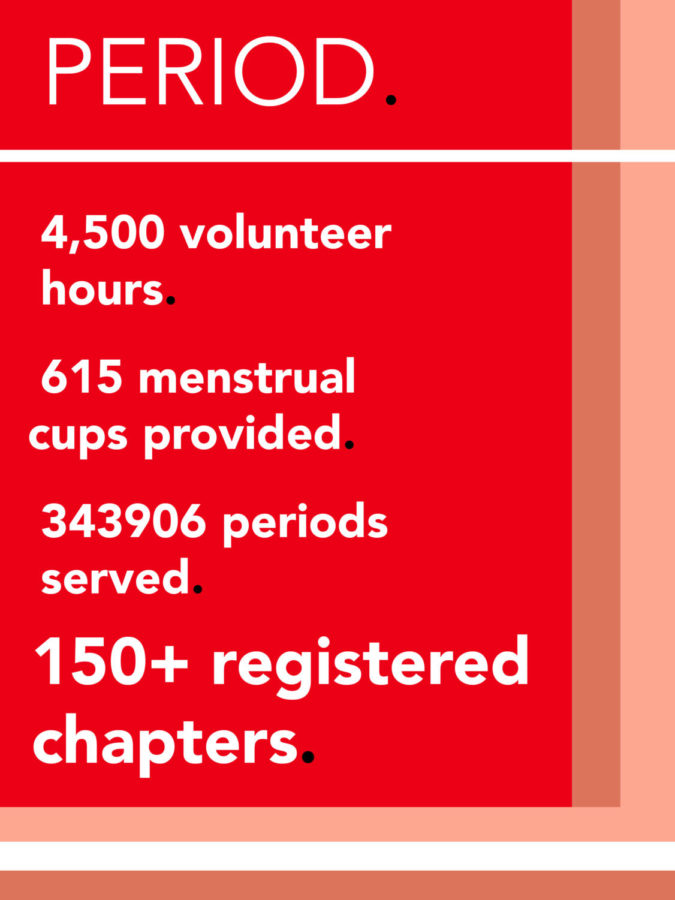 “Awareness and education are two things we focus on, but there’s also action,” Wen said. “We have to do all three because you can’t have one without the others.”

At the club’s first meeting, Lei and Wen gave a presentation describing PERIOD and its mission. One of the main points addressed was the tampon tax repeal petition.

Club adviser Lindsey Moynihan, overseeing the entire meeting, expressed approval for PERIOD’s message and intent. Her one suggestion for the club was to begin expanding schoolwide membership.

“Today, I told them to talk about ideas for how they can publicize more since this first club meeting was off to a small start,” Moynihan said. “I think that, as long as they’re publicizing it, that’s really great.”

Moving forward, according to Wen, Carlmont’s PERIOD chapter plans to host “packing parties” where club members can package feminine products and ship them to various areas in need. The club is also planning to participate in the Gender Equality Club’s upcoming feminine product drive.

Mackenna Vickery, a senior, attended the club’s first meeting and was excited to hear about the club’s upcoming activities.

“They have a lot of really great ideas, and I would love to participate in those,” Vickery said. “I think they will benefit everyone in the school and beyond the school.”