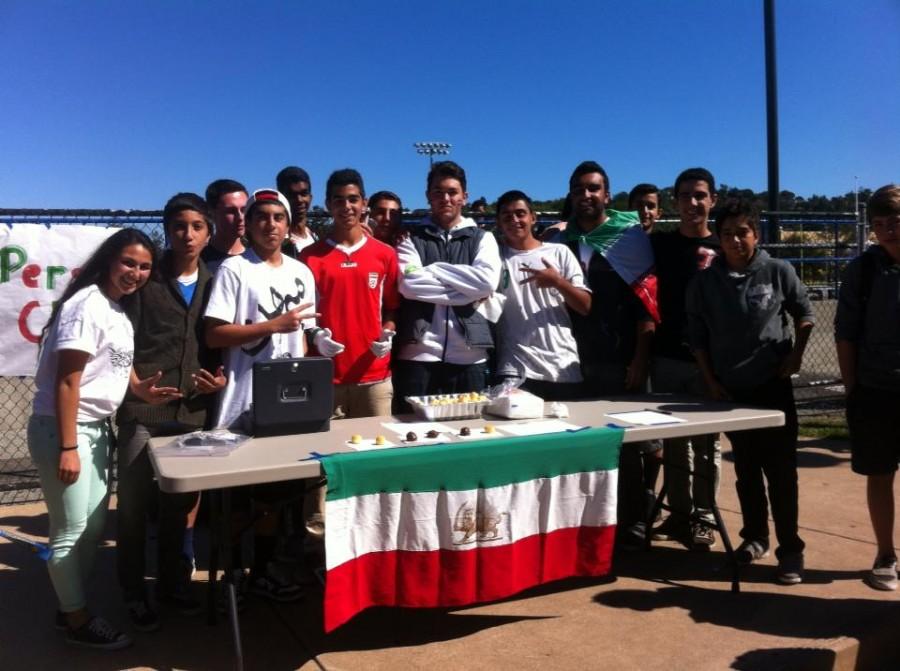 Persian club poses after selling every piece of their food at the clubs fair.

Surrounded by such a diverse community, Carlmont’s Persian club is one of the many cultural clubs on campus.

It is not easy to walk into a classroom at lunch full of people who instantly share the same culture or background.

Persian club is welcome to those that simply wish to enrich Persian culture and enjoy a Persian community.

President of Persian club and Carlmont senior Kiana Yekrang, said, “Everyone in Persian club is a ton of fun to be around. Since we share similar backgrounds, it’s neat to see how much we all have in common.”

More students have been attracted to join Persian club this year due to its growing popularity.

Junior Donna Ghaemi joined Persian club for the first time this year and does not regret her decision to become a member.

“When I first joined Persian club in the beginning of the year, it was really funny to see how much I already had in common with them,” said Ghaemi.

It is the little things that bring the members of Persian club together, as no other club is centered around one language and way of life that all members share.

“I love how we can all just say random things and go off about Persian stuff, and it isn’t weird or anything since everyone completely understands already,” said Yekrang. “You don’t have to explain the little things; you can just laugh about it with everyone.”

At times when it feels like no one understands, members of Persian club can always come together on some level.

Freshman Lexi Posey said, “I know a few people in Persian club pretty well, and they are so down to earth. They are really friendly, too.”

Although Persian club bursts with cultural fusion, they will not be performing in Carlmont’s annual Heritage Fair assembly on Feb. 28.

Meetings for Persian club are held on alternate Wednesdays in room A-5.