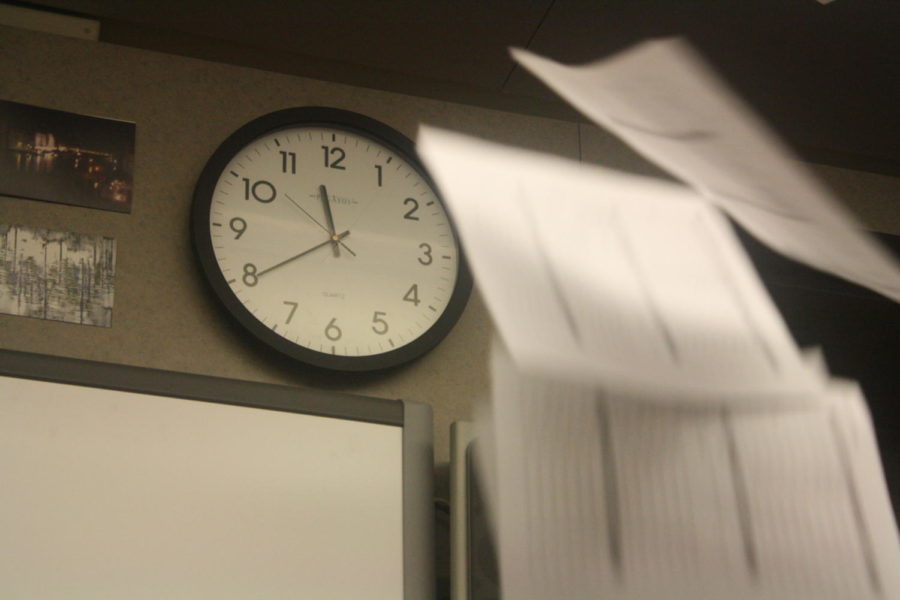 Carlmont High School has decided on the two new pilot schedules that will be integrated to replace the traditional schedule next school year.

Two pilot schedules have been chosen and finalized to be implemented in the following 2019–2020 school year at Carlmont High School, one for each semester.

The pilot project, developed by the Bell Schedule Committee and headed by Instructional Vice Principal Jennifer Cho, aims to test the effectiveness of the proposed schedule changes through their integration in the 2019–2020 school year.

The pilot schedules’ primary characterizing feature is its introduction of flex time, or flexible time, designed to tackle persistent issues the school believes students and staff consistently face year after year. Students make appointments to meet with teachers or self-study during this period. Both schedules are also arranged with block-style schedules on Wednesdays and Thursdays, with odd and even periods split between those two days.

The major changes in the pilot schedules are an attempt to address areas of growth for the school identified by a recent WASC report. Flex time aims to not only improve the achievement of under-performing groups through providing struggling students additional time in their scheduled day to meet with teachers and catch up or get extra help with the class but could better overall student mental health.

“Flex time will help students manage their workloads to hopefully decrease the amount of stress they feel as related to school work,” Cho said.

Students will have a chance to learn time and workload management and consequently prepare for post-secondary and adult responsibilities through Flex time, which also mimics professor office hours encountered in college, and can prepare students for this resource too at their next level of education, Cho also said.

Carlmont’s new pilot schedules are planned to benefit the teaching staff of the school, too.

Currently, Carlmont educators rarely get the breaks outlined in their contract hours, which hold them accountable for a 7:45 a.m.–3:15 p.m. workday, with an exception of a duty-free lunch. Despite this, many teachers choose to leave their doors open at lunchtime to offer help to students.

Flex time offers a scheduled opportunity for the student and teacher to meet for any reason necessary. This will allow teachers to rest during lunchtime breaks, hopefully easing stress for the teaching staff. One schedule even features a staff Flex time, opening up more structured free time for teachers.

Cho has emphasized the goal of the pilot project is to test the success of the new system. The school will be seeking feedback and processing results of next year’s project, holding surveys at the end of each semester and having a poll at the end of the school year, for students and staff alike.

“We are looking for feedback, we are very interested in student voices, opinions, feelings about the schedules,” Cho said.

At Carlmont, views and notions in reaction to the news of the future schedules have already begun to take form and spread about.

“I don’t like hour-and-a-half classes, it drains your energy. I’d rather go to a new class [more frequently] and be refreshed,”  said John Cinque, a sophomore.

“I don’t like the longer periods, and I don’t feel the Flex times would be that helpful for me,” Raskin said.

He also shared concerns the special Flex time periods would simply fail to be utilized and be a waste of everyone’s time, fearing a large portion of students would squander the opportunities and just mess around.

“It is what it is,” Garcia said. “If the overall plan is to relieve student and teacher stress, I’m all for it.”

The educator, who supports the idea of the Flex time, understood the challenges involved with this abrupt integration but believed everyone will adjust, and it won’t be a problem.

The school is busy preparing for next year’s implementations and is presently finalizing the details of the project plans including logistics, testing and improving the appointment software, and generating feedback surveys.

Carlmont’s pilot project is certainly less foreign to the area than it seems: Menlo-Atherton High School ran similar pilot schedules during the 2017–2018 school year and fully implemented them this school year.