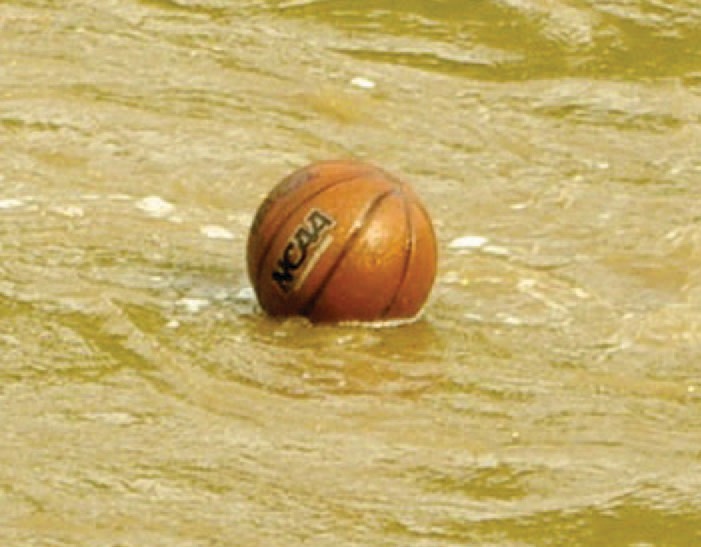 The basketball game was cancelled due to the storm and flooding.

The storm “Pineapple Express,” which began early Thursday morning on Dec. 11, caused many school districts to close down for the day.

Thursday was supposed to mark the start of the Carlmont varsity team’s participation in the Cardinal Classic, a three day basketball tournament held at Lowell High School in San Francisco, Calif.

The starting game of the tournament was supposed to take place at Lowell High School at 4:45 p.m., however, the intensity of the storm not only resulted in the cancellation of many schools, including Lowell, but also the cancellation of that day’s game.

Thomas Gifford, a senior on the varsity basketball team, said, “The Cardinal Classic is a three day tournament that we participate in every year. Our first game was supposed to be at Lowell High School against Terra Nova.”

Gifford continued, “It was pretty unfortunate that our game was cancelled because it was the first game of a three game tournament, and now we are going to be pretty far behind. Some games might even run into next week, which would be a hassle.”

Some players were upset by Thursday’s game cancellation because it shortened their tournament by a day, and because it is still unknown as to whether or not the game will be rescheduled.

“It’s another game that we can’t play and we can’t get back, so now we only have two games in the tournament. I wish we had more time to play as a team to see if we can beat the other teams,” said junior John Hobbs.

Hobbs continued, “Our coach says that we’re trying to reschedule the game, but if we can’t then it is just another game we take off our schedule. It’s a possibility that the game won’t be rescheduled because we don’t have any time to fit it into our schedule.”

According to the team, the only positive thing that came out of Thursday’s game cancellation was the extra practice that replaced what would have been the starting game of the tournament.

“I’m glad we had an extra day to prepare and get mentally focused for the tournament because the first game is always a big one. It usually sets the tone for the whole tournament,” said Gifford.

According to ABC7 News, “The brunt of the storm hit the San Francisco Bay Area, flooding freeways, toppling trees and keeping thousands of people home from work and school.”

The storm is expected to cease by late Friday night, December 12, to early Saturday morning, December 13. A smaller storm is predicted to come through the Bay Area starting Monday, Dec. 15.