Pit Orchestra prepares for ‘Annie Get Your Gun’ 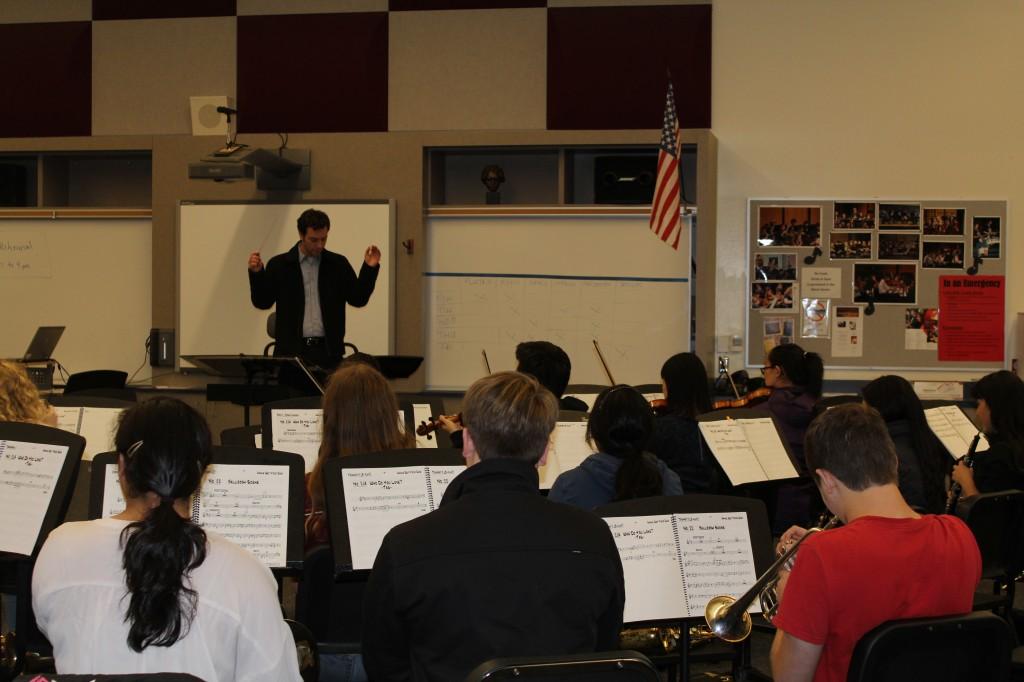 Conductor Edward Smart rehearses with Pit Orchestra for "Annie Get Your Gun."

The drama department is not the only group in Carlmont preparing for the upcoming performance of “Annie Get Your Gun.” A pit orchestra will provide the show’s music, both accompanying the actors for songs and entertaining the audience during scene changes.

Smart said, “This is the only [current] venue that we have in which we can see and hear students from all across the Instrumental Music Program come together and put on a performance as a single large ensemble.”

The ensemble has been rehearsing twice every week since November and will begin rehearsing daily with the cast next week.

Much of the current rehearsal time is spent discussing the best way to play each piece. Senior and Symphony Orchestra clarinetist Nicole Galisatus said, “At first, we read through all of the musical numbers, just to get a feel for the show. Then we gradually started to delve into each piece individually and focus more on details.

This is Smart’s first time directing a pit orchestra, and he is determined that this ensemble will perform well.

Junior and bass trombone player for Jazz Ensemble Caleb Engelhardt said, “If [Smart] hears anything that needs work during rehearsal, he will stop and fix it.”

Some characteristics of pit orchestras set them apart from other performing groups.

The ensemble is seated in a sunken area near the front of the stage. “That’s where the name comes from; it’s basically a big pit in the stage,” Engelhardt said.

The pit’s open ceiling allows for their sound to be heard, but they are invisible to the audience.

Pit Orchestra members not only follow instrumental cues but also need to be aware of the actors they are accompanying as well.

The ensemble is also not the center of attention. Engelhardt said, “When you play in a concert, the audience focuses their attention on you, but in a pit, [they] pay little or no attention to you as opposed to the actors on stage.”

Pit Orchestra will play a mixture of classical, jazz, and country music in early February during the production of “Annie Get Your Gun.” Smart said, “Although you won’t see us, as we are under the stage, you will definitely be tapping your foot along with the music.” 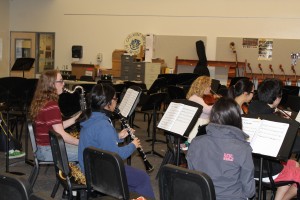