Playing for the joy of the game 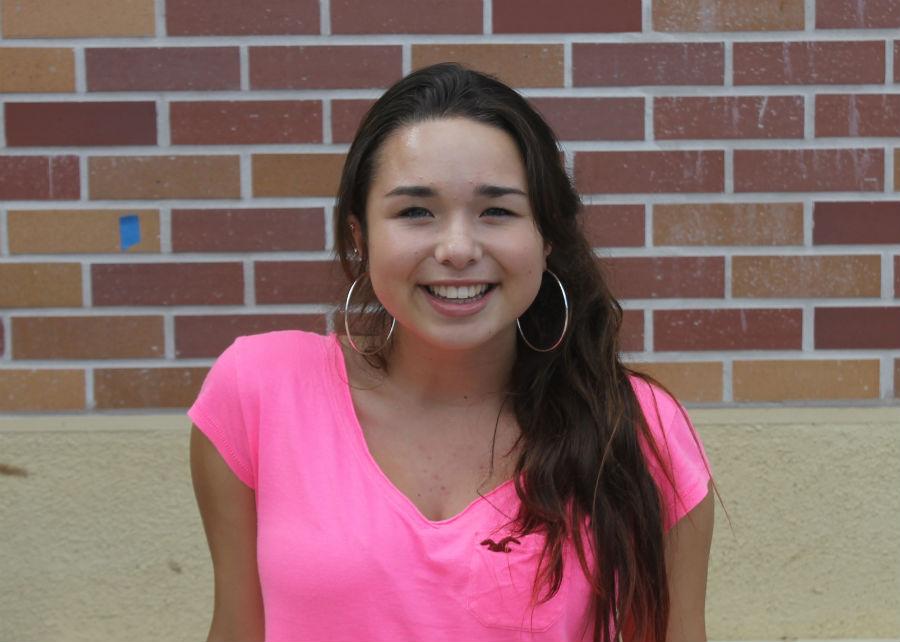 These days, it seems like some student athletes play a sport solely to win. While that drive is necessary, it is also important to recognize when competition overrides the fun of a game. Junior Ariana Crame is one of the rare few who plays a sport solely for herself.

Crame grew up playing soccer and recently got into tennis, an entirely new sport for her.

“I got into playing tennis because I wanted to try a new sport,” Crame said. ”I was so used to soccer… I didn’t enjoy doing the same thing every day.”

Crame pursued tennis sophomore year because she knew the sport would allow her to spend quality time with her friends. Despite shortcomings in the beginning of the season, she overcame the feelings of inferiority in comparison to her counterparts and learned to enjoy playing for fun.

“Everyone was so much better than me, but I overcame the feeling of giving up through hard work. I kept trying every day and told myself that I was at practice to have fun and spend time with my friends without worrying about the competition.”

She enjoys the individual challenges tennis poses to a player in contrast with playing on a team with other athletes.

“Unlike soccer, tennis is an individualized sport. I play doubles, but I still count on myself more than I did playing soccer. If I make a mistake, I have only let myself down as opposed to an entire team.”

The solo work benefits Crame because she is able to determine how she needs to improve her form and playing style.

“The sport is one-on-one, so I find it easier to improve with more playing time,” Crame said.

Above all the sport has given Crame new experiences, allowing her confidence in the unknown to grow and flourish.

She said, “Tennis has allowed me to overcome the fear of trying new things. I was new to tennis but I put that aside… I avoided putting myself down because others were better than me. I learned to accept it.”