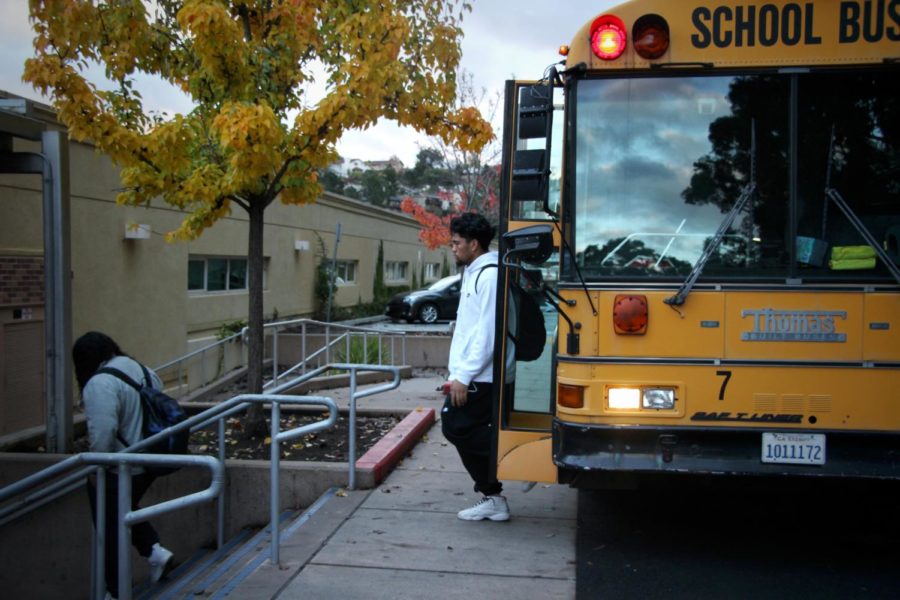 Students arrive at Carlmont after more than an hour-long bus ride from East Palo Alto at 7:30 a.m.

When most people hear the word diversity, many think about different racial ethnicities. One thing that is often talked about but never changed is how certain privileges or disadvantages are based on skin color.

Such may be present at Carlmont High School, as some believe that the school struggles to stress the importance of racial diversity in a high school environment.

The privileges that come with the lack of diversity at a school is concerning to most educators. Principal Ralph Crame has been working at Carlmont for 13 years and has seen a drastic decline in diversity over time.

“Many people are concerned. I see it as a lack of potential education, and I think any school benefits more when there is more diversity,” Crame said.

Carlmont is a part of the Sequoia Union High School District, with a total student population of 9,293. Carlmont, being one of the most populated schools in the district, is also the least diverse.

According to PrepScholar, compared to other schools in the district, Carlmont has a small population of Hispanics at 15.2%, while other schools, such as Woodside and Sequoia High Schools, have over 50% Hispanic students. Likewise, the Carlmont minority percentage has continued to drop throughout the years.