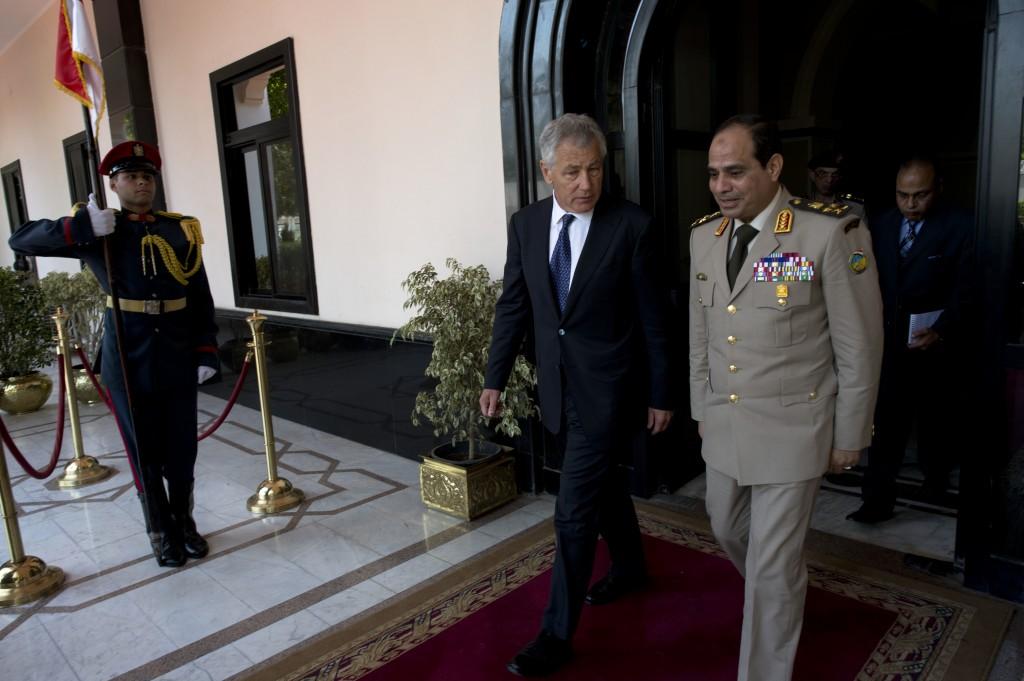 Egypt’s presidential candidate Abdul Fattah al-Sisi promised that the Muslim Brotherhood in Egypt “will no longer exist” if he is to be elected.

In an interview with press, Sisi expressed his plans to get rid of the organization if he were to win the election.

According to BBC News, Sisi declared that the Brotherhood had links to violent militant groups and stated that he uncovered two assassination plots against him. The organization denied any links to terrorism when questioned.

The Muslim Brotherhood supported Sisi before he led the ousting of their political candidate, Mohammed Morsi, and banned the organization.

Sophomore Marion Demailly said, “I don’t think it’s right that Sisi banned the Muslim Brotherhood after they openly supported him while he was an army general.”

In March 2014, Sisi formally announced that he would resign from his army position and would instead run for president. Prior to this announcement, he held the rank of field marshal in the Egyptian army.

Sisi led a takeover of the elected government from Egypt’s first freely elected leader, Mohamed Morsi, in the summer of 2013. Morsi was a part of the Muslim Brotherhood, an Islamic political organization set on forming an Islamic state “free from corruption.”

Sophomore Kelly Liu said, “If some of the sources discussing this issue are right, then the Muslim Brotherhood didn’t deserve to be banned.”

Since the ban, people supporting the Brotherhood have protested openly in the streets.

Thousands of citizens have been arrested and hundreds have been killed since Sisi. Most of these citizens enter a mass trial in which they are sentenced to death.

Authorities under Sisi have jailed many of both the group’s followers and its leaders, including Mohamed Morsi.

Junior Sabrina Liu said, “There are two sides to this controversy- one backed by Sisi’s supporters and another backed by the supporters of the Muslim Brotherhood. Both of these groups have certain beliefs, despite what the other side might think.”

According to BBC News, Sisi’s supporters view him as the stronger of the two candidates up for presidency. They believe he will be able to stabilize Egypt and reduce the protests and violence that continue to plague the country.