Popularity beats out productivity in the animal world 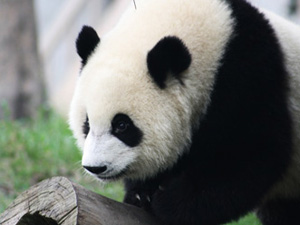 Despite there being other endangered species that need help, pandas seem to hog most of the attention.

Panda bears are defined by their distinct black and white fur, which puts them at the center of attention in the endangered species world. Due to their popularity, they receive the most funding that could be better spent elsewhere.

According to the World Wildlife Fund for Nature, pandas can only survive on eating bamboo, and have limited breeding pools due to a small amount of suitable habitats. Also, they need human interference just to breed, showing how difficult it is for pandas to actually thrive in the wild without humans caring for them every second.

Even though they are globally loved, pandas do not receive the full support and territory needed to properly restore the species to a greater population. According to the Telegraph, BBC wildlife expert Chris Packham believes that “we should pull the plug” on panda conservation because their habitat is not great enough to sustain them.

According to National Geographic, funding going to captive-breeding pandas programs yield little to no results, proving that such funding could be put a to better and more effective use for other endangered species.

Just a part of the funding that goes to pandas could salvage another species on the brink of extinction, and most other animals are not as high-maintenance as the panda . Also, many other endangered species provide more for their ecosystem and environment, and would not cost nearly as much as pandas.

The pandas’ popularity encourages that they are superior to the other endangered species; therefore, they are worth more and should receive more donations than other species.

Though pandas are visually appealing and typically cute, their popularity is only harming the system of aiding endangered animals as a whole.