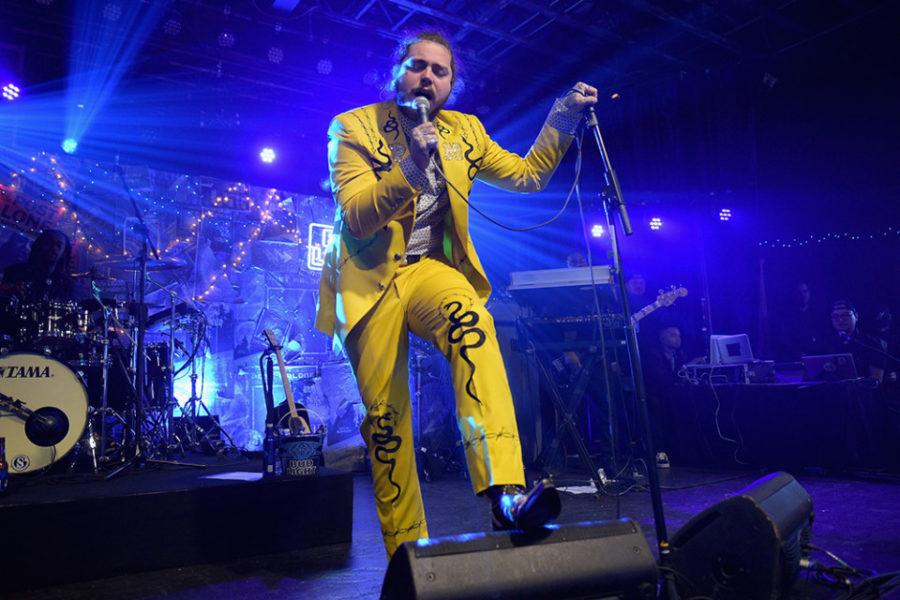 Post Malone’s original single, “rockstar” feat. 21 Savage, hit the top of Billboard’s Top 100 in late 2017. The song title is more than fitting: he is indeed a rockstar.

Post Malone’s explosion in mainstream music cannot be ignored; not even critiques can scoff at his success.

His past album, “Stoney,” had a steady flow of successful tracks that would be enjoyed by many, but the enjoyment would only last for a short period of time. However, “rockstar” has stayed relevant across the globe for months since its release.

Most of his tracks from his new album, “beerbongs & bentleys,” seem to have the potential to have the same fate.

The album has already gone platinum days after its release and “is on course to break the record for biggest streaming work for an album ever and the year’s biggest week of sales for overall equivalent units,” according to Billboard.

It has accumulated 400 million streams in the United States this week and is likely to outdo Drake’s “More Life,” which currently is holding this record from last year.

The star of this album is Post Malone’s fantastic vocals with his signature throaty tone and his perfect blend of sung-rap and upbeat choruses that are belted out with ease.

The first track on this album, “Paranoid,” demonstrates exactly why Post Malone has found extreme success: his unique vocals and catchy beat. “Eyes open, I see you, I’m watchin’ you, yeah / More people wanna be, you don’t trust no one.” He expresses his struggle with his newfound fame as it causes him to have trust issues with the people that try to befriend him. However, he claims that he is smarter than to fall for any lies.

His voice especially shines among an acoustic guitar on “Stay,” as he explains a relationship with fame and the struggle within: “Can we have a little conversation? / Figure it out with no intoxication / We carry on, what is our motivation? / We’re never wrong, how the hell we gonna make it?” You can feel the emotion in the song, causing listeners to empathize with him.

Overall, the album is a mix of many different types of songs. Some of these tracks can be cut out of the album as it is unnecessarily long with an inconsistency of quality.

Nevertheless, “beerbongs & bentleys” is here to stay, and is on track to be one of the best albums of the year.