The last assembly of the year 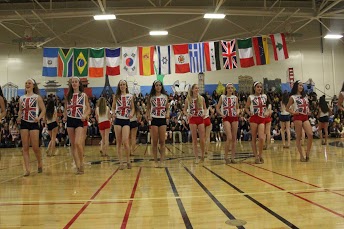 And the Oscars go to…

Carlmont’s Associated Student Body  assembly commission members Kaela Ismael, Anna Shutovska, and Michael Saber have been working together to create an awards-themed assembly for the last one of the year.

Ismael commented, “We figured since we have awards to present at celebration and it’s an extremely high energy assembly, that doing something like an awards show would be a cool new thing to do for celebration.”

According to Shutovska, they “went all out for the decorations and it’s going to be super classy.”

The assembly will feature performances from the Drum Line, Chamber Choir, the cheerleading team, and dance.

In addition to the performances, the assembly  recognizes students for their accomplishments at Carlmont and honors the seniors.

Many students are excited to see the assembly because of all the performing groups and speakers.

Sophomore Shreya Thuse commented, “I enjoy the performances because they are entertaining and the performers get to show the school the hard work and effort they have put in. The speeches also make me feel accomplished for completing another year at Carlmont.”

The assembly commissions are excited for the assembly because they have been working hard to make it memorable for the student body.

Shutovska said, “I like planning assembles because it’s one of the few times a year when we get to have the entire school in one place. It’s a great way to encourage school spirit and show off how talented our students are.”