Price of reusable bags will increase 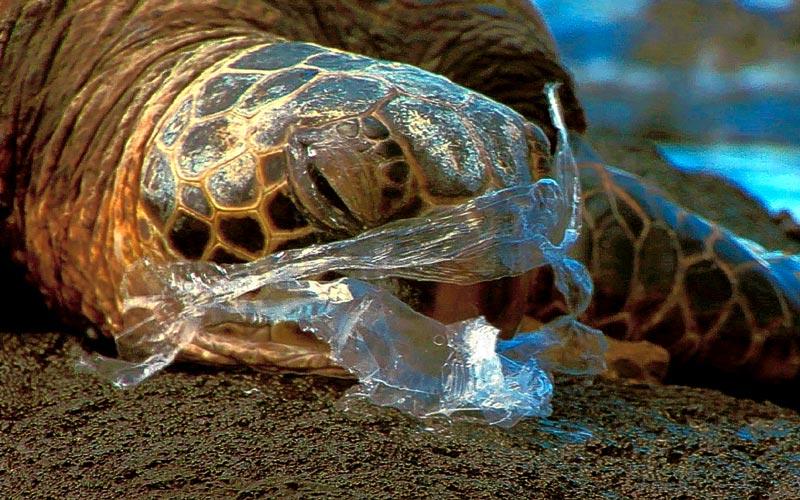 A sea turtle gets caught in a discarded plastic bag that ended up in the ocean. Photograph property of factorydirectpromos.com.

The price of paper and reusable bags will increase to 25 cents in 2015.

In stores throughout San Mateo County shoppers have been required to pay ten cents for paper and reusable bags since early 2013. Plastic bags have been banned from all stores, making customers either bring bags from home, pay for reusable bags in stores, or, in some cases, go without bags completely.

The ban on plastic bags started in an effort to remove the discarded bags from the landfills and marine ecosystems where the end up after use.

The Californians Against Waste (CAW), an eco-friendly group working to ban plastic bag usage, said “Once littered, plastic bags essentially never biodegrade. Instead the sun breaks them into small pieces that choke and kill sensitive marine species such as turtles and birds.”

The plastic bags have not only hurt the environment, but also the wallets of all Californians. CAW estimates that 34 million to 107 million dollars are spent annually to clean up plastic bag waste in California alone.

Due to the detrimental effects plastic bag usage has proven to develop, a total of 90 cities and counties throughout California have adopted ordinances to ban plastic bags.

Most Californians are aware that they must now pay ten cents for reusable bags in stores and many have started to bring their own. More people may start bringing their own reusable bags to stores in Jan. 2015 when San Mateo County will adopt a new ordinance increasing the amount to 25 cents per bag.

Senior Rachel Andrews said, “If San Mateo rose the price to 25 cents I definitely wouldn’t buy a bag because that can add up really fast.”

While many Californians agree with Andrews that 25 cents is expensive for a single bag, San Mateo County is sticking to the ordinance in an effort to urge people to bring their own bags to stores.

Senior Kurt Hildebrant said, “I already use the reusable bags so [the price increase] wouldn’t really affect me. I think it’s good for promoting eco-friendliness.”

Most Californians would agree that the adoption of the ordinance has good intentions for cleaning up the environment. Andrews said, “I think paying for bags is great because it encourages people to use recyclable bags, which saves the environment.”

For the rest of 2014 Californians will continue to pay ten cents per reusable bag bought in any retail store. 2015 will most likely bring more reusable bags into stores, and less plastic bag trash into the ecosystem.