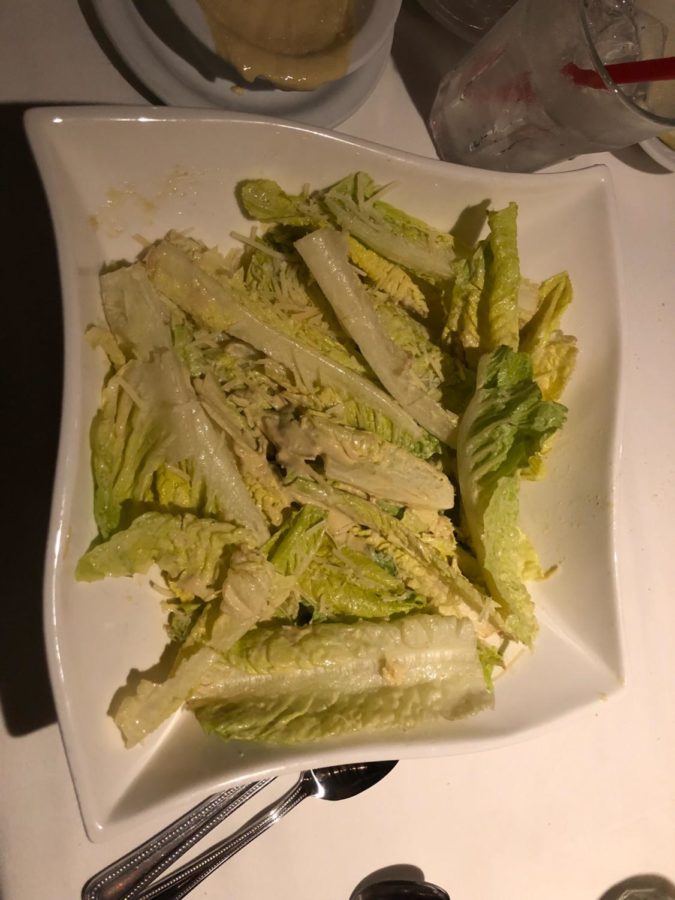 Have you ever been told to go to a restaurant by others because they say it is good? I happened to do that and I thought the opposite.

On 815 Belmont Ave in Belmont, there is a restaurant called “The Van’s Restaurant,” which serves a variety of American food.

I had heard people talk about how good this restaurant was, so I decided to try it out.

I went during the weekend after Thanksgiving, hoping to dodge the weekend crowd over holiday break.

Just as I’d hoped, when I got there, it wasn’t busy at all.

As soon as I was seated, I was greeted by the waiter. After giving me a few minutes to look over the menu, he left with my drink order.

When he came back, I ordered the fried calamari and crab cakes as appetizers and the chicken caesar salad as my entrée.

Pretty soon after I ordered, only about 10 minutes, the appetizers came out. I was excited to try them out, but after the first bite, I didn’t go back for more.

The chicken caesar salad came out around 15 minutes after the appetizers. Unfortunately, the salad lacked dressing and there was far to little chicken or croutons for my liking.

By now I decided that this restaurant did not live up the image others had given me.

Even though the food was below my expectations, the service was pretty nice. The waiter was really attentive and thoughtful throughout the whole meal, but this was the only good aspect of my experience.

When I got the check and looked at the price, it only reconfirmed that my meal was far less that its price tag.

If your’re looking for quality American cuisine, there are far better places than The Van’s Restaurant.