‘Pride and Prejudice’: a classic love story brought to Carlmont 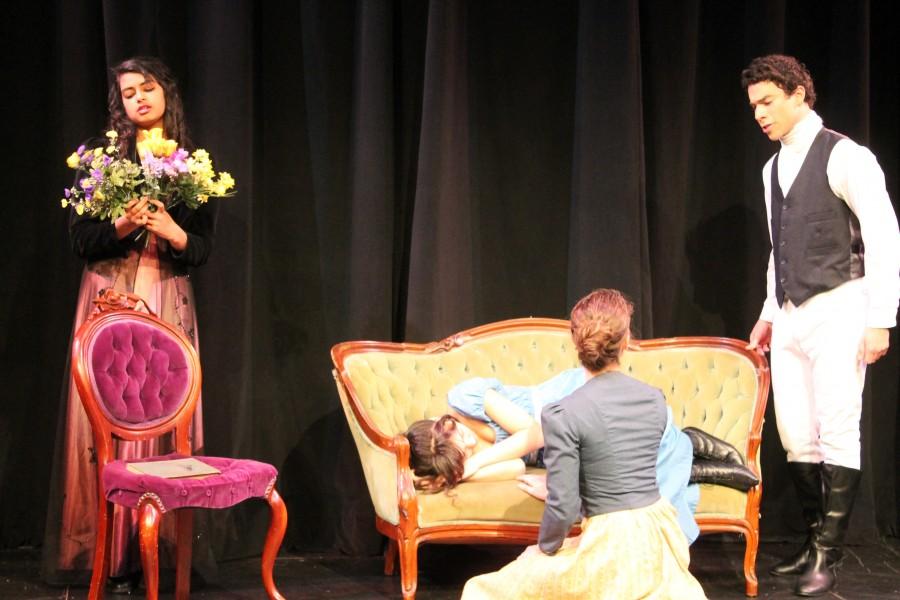 Set in the 19th century in England, Pride and Prejudice is a story about the Bennet sisters who are encouraged by their mother to marry  for financial support not out of love.

The play centered around Elizabeth Bennet played by Marcella Haddad and Fitzwilliam Darcy  played by Ryan Maia, who are on different sides of the social ladder. When they first meet, Elizabeth believes that he is the last man she would ever think of marrying. As Elizabeth becomes more acquainted with Mr. Darcy, she becomes enchanted by his charm and good looks.

Sarah Burry, one of the directors commented, “The chemistry (between Haddad and Maia) was really noticeable. That was one of the main things that was said to us after the show, how amazing it was. We worked a lot on making sure that they were comfortable onstage together.”

The play was directed by two juniors, Sarah Burry and Charlotte Lewis. In addition to directing, they write plays such as last year’s spring production of Sisters of the Swans.

Shreya Thuse, a cast member commented, “They did a really great job for high school directors. They managed high school life plus this. We definitely improved with them directing. They gave a lot of inspirational speeches and gave us  good advice.”

The British accents and the period costumes brought the audience into the world of Jane Austen. The show generated positive responses from the crowd with many laughing and cheering at their favorite parts.

The play season at Carlmont ends on a high note with this entertaining sold out performance.