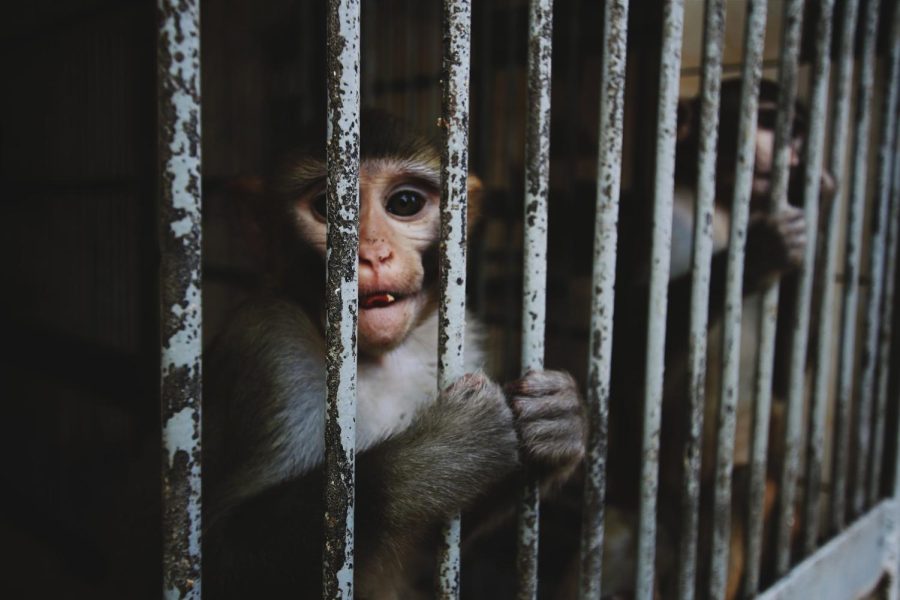 The public often questions the ethics of zoos, largely over the issue of animals living in cages.

Zoos are a place where you can see a North American grizzly bear and an African lion on the same trip. Where else could you go to get this experience?

For many individuals, zoos are sentimental places that are interwoven with childhood memories.

“I’m a local, so I’ve grown up going to the Oakland Zoo,” said Olivia Bailey, an Oakland resident.

That is until they grow up. For some, these sentimental memories turn into uneasiness, and zoos aren’t as beloved as they once were.

There are a variety of reasons why zoos face criticism. One primary concern surrounding these exhibits include the treatment of animals.

“Honestly, I’ve always been somewhat iffy about zoos,” Bailey said. “I’m worried that [animals] not being in their natural environment will not be helpful [to] them and that they aren’t getting the care they need.”

Another source of worry is the issue of alleged animal cruelty and exploitation that some zoos have faced.

“It’s dehumanizing to see that animals are kept up in small cages just for people to get entertainment out of it,” said Mariana Panisset, a sophomore at Carlmont High School.

Despite the questions over the morality of cages and enclosed areas at zoos, some recognize that zoos are here to stay.

“It’s obviously not a good environment for the animals, but that’s kind of how the system was created. Zoos contribute to the economy, and people still go, so they will never disappear,” said Kellie Lam, a sophomore at Carlmont High School.

Although zoos have become a point of contention, there are several reasons why certain establishments aren’t as harmful as many people believe. The Oakland Zoo’s effort exemplifies how specialized zoos can work to aid animals.

“The Oakland Zoo preserves wildlife by working with the California Department of Fish and Wildlife to help breed and restore endangered species in the wild,” said Erin Harrison, a member of the executive team at the Oakland Zoo.

The extinction of various animals is more relevant than ever due to the rise in global warming. The Oakland Zoo combats this by using multiple methods to repopulate species.

“We bring in nearly extinct species into the zoos, raise them, and then release them. For example, the California condors dropped in population because of hunters’ lead poisoning, but we took the injured ones and gave them blood transfusions. After they’ve healed, we release [the condors] back into the wild,” Harrison said.

The Oakland Zoo, according to Harrison, doesn’t exhibit animals extracted from the wild. They never take animals out of their native habitats unless absolutely necessary, countering a point of frequent criticism of zoos.

“All animals seen in zoos were born and raised in zoos for generations. If we were to release them, they wouldn’t survive because they’ve grown up in a domesticated environment,” Harrison said.

Although the zoo is working to benefit the animals, even the employees will admit that they understand the general doubts.

“I honestly don’t think some animals like chimpanzees should be in zoos, but our chimpanzees come from laboratories or the entertainment industry and have nowhere to go. They can’t be dropped off in a jungle in Africa and be expected to survive because humans raised them,” Harrison said.

However, not all zoos follow the same procedures as the Oakland Zoo.

“There are zoos where the poor animals are miserable, like roadside zoos. Animals are driven around for entertainment and live in tiny, terrible cages,” Harrison said.

According to Harrison, the Oakland Zoo actively advocates against this practice of tightly encapsulating animals, but it varies from every zoo. Oakland zoo is a certified establishment and was given the stamp of approval by the Association of Zoos and Aquariums (ACA). They’re recognized for providing the animals with an adequate home.

“We put our animals first and would rather have fewer animals to ensure that they have more space, but not all zoos prioritize that,” Harrison said. “Other zoos in California have 100 acres as well, but they have more animals.”

The effort put in by the Oakland Zoo is seen by visitors.

“I do believe the Oakland Zoo gives [animals] the closest experience to their natural environment. It’s very open, and they have lots of space to roam. Most animals have another one of their kind with them, which is great [and] I believe they’re in good care,” Bailey said.

The subject of zoos itself will remain morally ambiguous as long as they exist. For Harrison, all that consumers can do is wisely choose which zoos they’ll give their money to.

“I think it’s all right to support the accredited zoos, but stay away from the ones that exploit the animals and only use them to make money,” Harrison said. “Not all zoos are equal.”