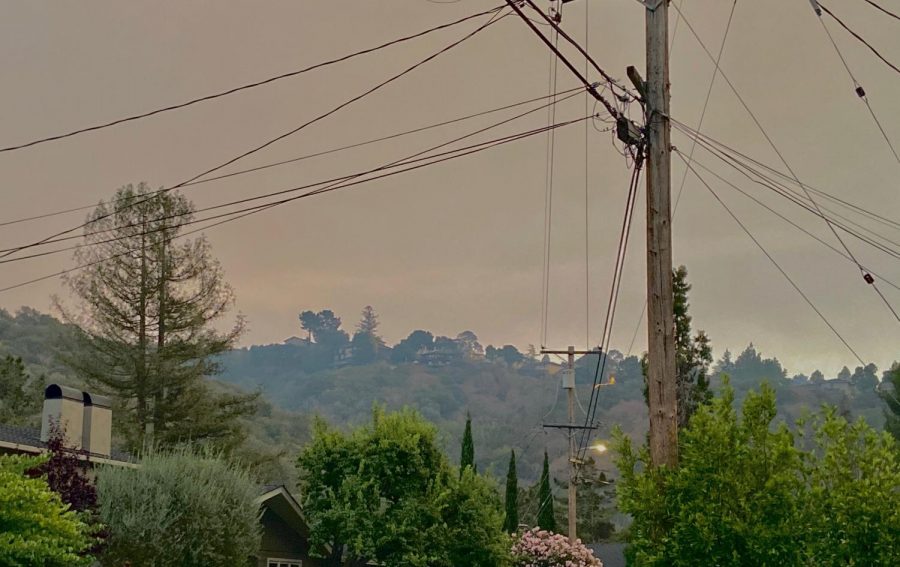 In efforts to combat the wildfires raging across California, Gov. Gavin Newsom declared a statewide emergency on Tuesday afternoon.

Within hours, strong winds infiltrated the Bay Area, covering it in a smoke blanket.

The CZU Lightning Complex Fires burning along the border of San Mateo and Santa Cruz counties for over two days have forced the evacuation of over 22,000 people. The fire complex has scorched nearly 44,000 acres as it continues to ravage the landscape, 0% contained.

Subsequently, the air quality is especially poor in the Bay Area and will likely worsen as wildfires continue to spread.

This fire season has been overly active compared to years past, likely from the added heatwave and electrical storms.

In the past 72 hours, there have been record high temperatures and over 10,800 lightning strikes throughout the state. According to a spokesperson for the California Department of Forestry and Fire Protection, some call it a “historic lightning siege,” which caused over 367 new fires in the state.

Officials warn that more rolling power outages may occur as fires continue to ravage the landscape.

As of Tuesday morning, several wildfires, likely sparked by lightning, are burning across the East Bay and North Bay. Twenty separate fires comprise one of the major fires, the SCU Lightning Complex; currently, the complex is only 5% contained, burning a total of 137,475 acres. Cal Fire officials are tracking it on an interactive map along with other fires.

The fires are still raging through zones in Santa Clara, Alameda, Contra Costa, San Joaquin, and Stanislaus counties, according to KRON4.

In the East Bay, the Marsh Complex Fire has scorched 1,750 acres of land. The fire is threatening the Sunol Regional Wilderness Area, many roads, and numerous structures.

Further north in Napa County, there are three wildfires apart of the LNU Lightning Complex. The complex, comprised of seven fires in Napa and Sonoma counties, has burned 131,000 acres and remains 0% contained.

Unfortunately, the fire has already destroyed three structures and continues to threaten 1,900 others, forcing evacuations in parts of Napa and Sonoma counties.

According to the Los Angeles Times, Cal Fire Captain Richard Cordova believes many of the largest fires – including several Central Valley and Northern California – were likely caused by lightning strikes from the rare tropical thunderstorm. The storm occupied the Bay Area for hours on Sunday and triggered red flag fire warnings. The strong winds knocked over trees, downed power lines, and set off hundreds of car alarms.

In Santa Clara County, a downed power line sparked a fire near state Highway 17 that forced the evacuation of 20 residents. Firefighters contained it by 6 a.m. Sunday morning, after three hours of burning just over an acre of land, according to CBS SF Bay Area.

As fires continue to spread, the San Francisco Chronicle has created a free California fire tracker for the public to use to remain safe, informed, and aware of the wildfires around them.