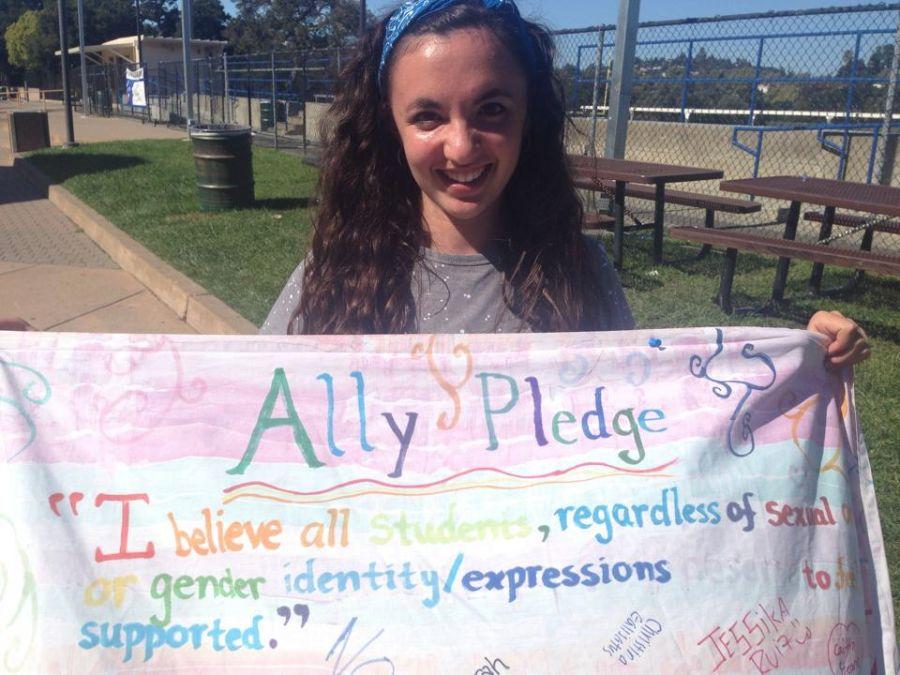 Carlmont’s Gay-Straight Alliance, which has been renamed “Harmony: Carlmont’s Alliance for Queer Youth and their Allies,” was joined this year by a new sponsor — math and AVID teacher Andrew Ramroth.

French and English teacher Joseph Hill, who has been the sole sponsor of Harmony for four years, said, “Ramroth, who is straight, volunteered completely unexpectedly to co-sponsor Harmony, and I was thrilled. To my knowledge, I’m the only Harmony sponsor in the history of Carlmont who is not straight. [Ramroth] later told me that he had wanted to help with [the club] for some time.”

Ramroth said, “I like to help out in different groups so that my students know that I support them, and that I’m not just the guy who yells at them about math. I’ve always admired students who stand up for themselves, and [Harmony] for being a voice on campus. Being in high school isn’t easy, and being a gay student doesn’t make it any easier.”

Aside from his long-standing admiration of the club, Ramroth also has an interest in the civil rights issue. “California’s pretty good about it, but in most states, there’s not equal protection [for all] orientations or identities,” he said.

Harmony’s mission on campus is to promote an environment in which LGBTQIA (lesbian, gay, bisexual, transsexual, questioning/queer, intersex, asexual) youth can thrive. This year, the club aims to be even more active than it has been in previous years.

President Sierra Segal said, “This year we’re not making any drastic changes, but we are interested in having joint events with [gay-straight] alliances at other schools. Our events will include the usual lineup of Ally Week and National Day of Silence, as well as a few possible additions!”

Ally Week occurs annually in early October. This year, Harmony will conduct a banner signing in the quad at lunch from Oct. 7 through Oct. 9.

However, the tradition of Ally Week will be slightly different this year with the installation of new club officers. Segal is one of the club’s three presidents, all of whom are new officers but have been members of the club for years.

Segal said, “I’m so excited to be a president of this club because it’s been my home since freshman year, and [it is] very important to me.”

The other change in leadership, the addition of Ramroth as a sponsor, demonstrates the club’s principle of a gay-straight alliance.

Hill said, “It’s very important that students recognize that this is an alliance. One must note, however, that we represent two specks of the many stripes on the rainbow freedom flag. Queer youth come from all walks of life, all socioeconomic classes, all religious groups, all over the world. The diversity of sexual orientation is but one type of diversity among members of this club.”

Upon joining Harmony or attending its meetings, students are never pressured to self-identify publicly or “choose” a sexual orientation. The goal is support, and members are not pressured to define who they are.

Hill said, “Harmony is dedicated to activism, fellowship, and support for its queer youth and their allies. Everyone is welcome.”