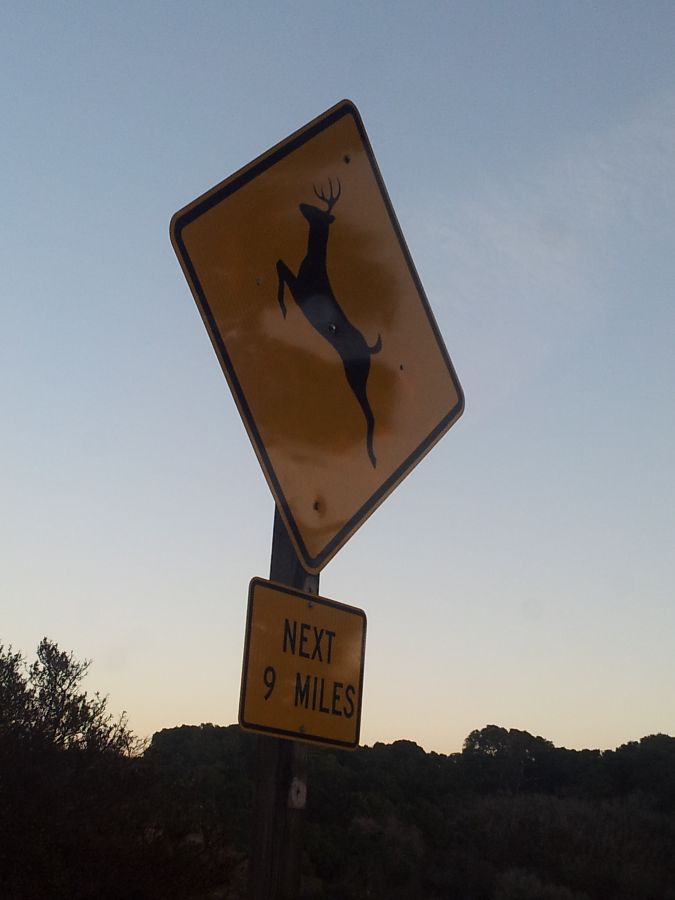 A deer traffic sign near Alameda reminds drivers to be more cautious and beware of upcoming wildlife.

Because of their loss of habitat due to human expansion, the population of deer in California has decreased. But with more roads being built through wildlife habitats, deer-vehicle collisions have become more frequent.

“I feel this is very annoying because I have a lot of close calls with those naïve deer when I’m driving,” said junior Dominic Franchi.

According to Channel 4 News, there have been at least eight crashes involving deer in Davidson County alone during the past week.

Increased collisions of cars and deer may lead to increased deaths. According to Insurance Journal, around 200 deaths happen every year due to deer crashes.

Besides a risk in danger, car accidents involving deer are usually over $3,000. This creates a financial issue especially for teenage inexperienced drivers.

Because they are still inexperienced drivers, Carlmont students are more prone to danger due to these circumstances. Many Carlmont drivers are excited for the freedom in driving, but they are also worried about the risks that come along.

” I just got a driver’s permit, so I’d be a lot more cautious when driving on the road,” said sophomore Liam Jocson.

There are methods to reduce vehicle crashes and create a safe driving environment such as speed limits, deer warning signs, and deer awareness campaigns. Other ways include better road lighting, fencing, and escape routes for deer.

“Crashing into a deer would be a disaster because I drive all the way from Antioch to Carlmont, but I’ll have an awesome story to tell to my students,” said David Talcott, a science teacher.