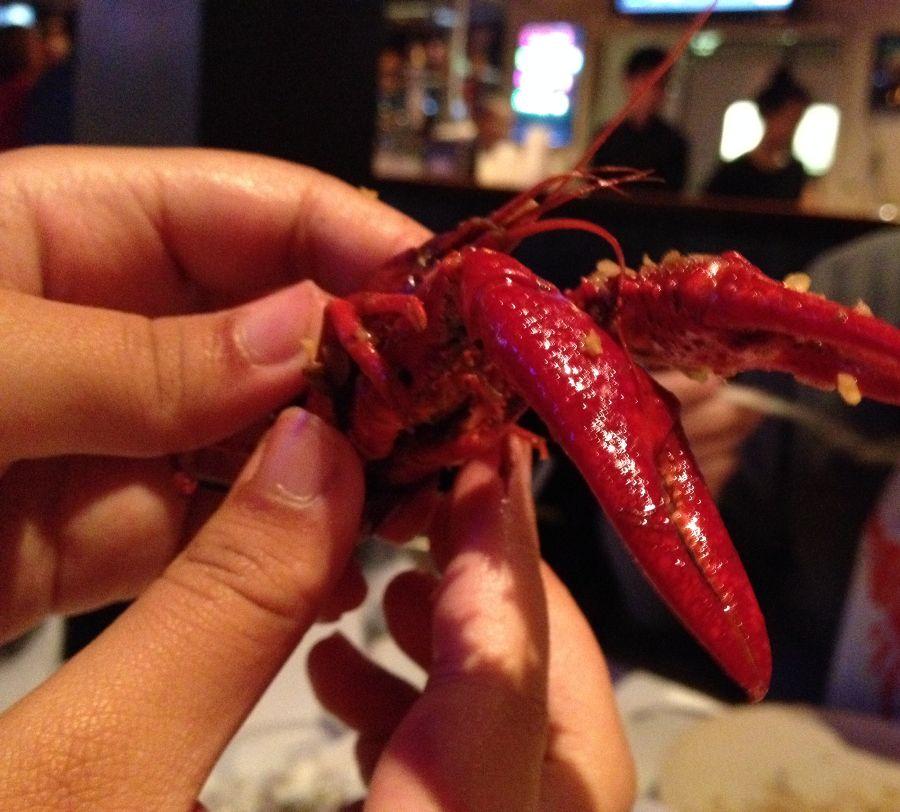 On a cold night, the best way to warm up is with some traditional Cajun food. The quaint restaurant called Red Crawfish is located in the busy downtown area of San Mateo, on 401 E 3rd Street.

When a restaurant is named Red Crawfish, one would expect a savory bag of fresh crawfish.

However, I received a huge bucket of crawfish, coated with butter and onions. After laboriously peeling off the hard shell, and getting clothes and fingers dirty, there is just a small bit of stringy white flesh that tastes like tissue paper. It was horribly bland. At $13.99 a pound, it was a rip-off.

A sadly subpar glob of depression.

The short ribs were much better. They had flavor and a bit of a tangy citrus taste that was seeped in flavorful juices. It was soft and chewy, each bite bringing a whole palate of flavors. This is definitely a must-try dish.

The short ribs were a hit!

The calamari basket was nothing special. It was mainly a bit of calamari trying to cover up the heaps of fries underneath. The calamari itself was good, with a thin layer of a crunchy outer shell and a soft juicy bit of squid underneath. There is often a fine line between soft and soggy french fries, yet Red Crawfish has mastered staying in between. The fries had a gentle sweet crunch.

The calamari made for a nice meal, but it was forgettable when compared to other calamari dishes.

The best dish was the garlic noodles. They were buttery and creamy, with a soft twist. The cilantro bits added extra flavor.

The restaurant should be renamed Garlic Noodles instead of Red Crawfish, because the hype should be about the noodles. The noodle dish was also relatively cheaper than the other dishes, only $7.

Creamy and thick, these noodles were every pasta lover’s dream.

The restaurant itself had a quiet and nice ambiance with a long wine bar and TVs playing the latest football games. Around 6:30, the crowd began to pour in.

Some servers were better than others, but most just treated their job as a chore, without even a smile towards their customers. The owner was a sweet man, and when we left he thanked us for our business. The cute bibs with crawfish on them were a bonus.