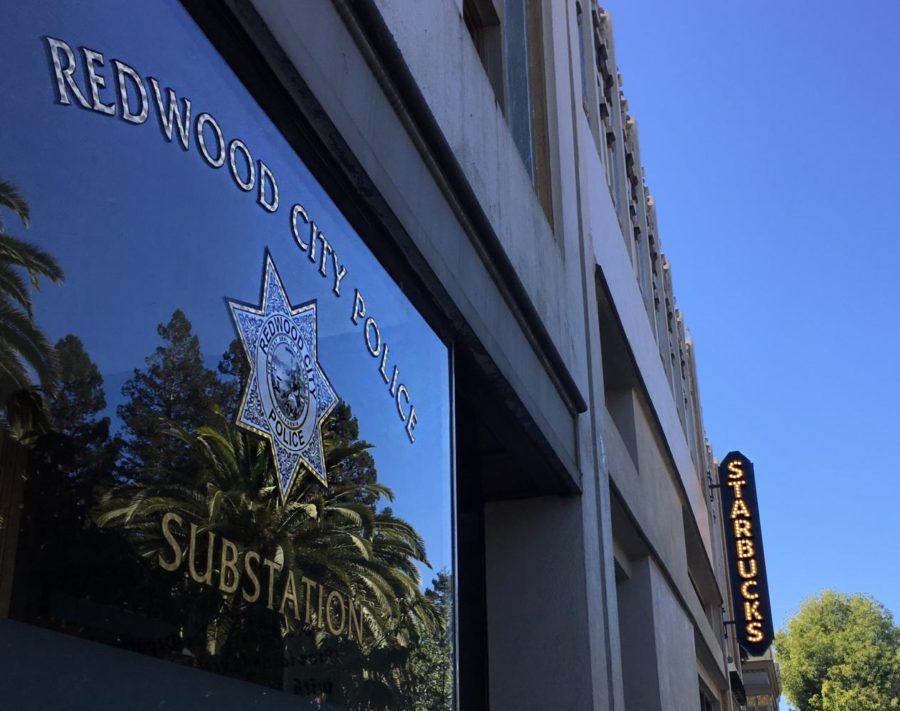 Starbucks hosts the Redwood City Police Department as they meet with community members for the national Coffee with a Cop day.

Residents of Redwood City and members of the Redwood City Police Force joined together at the Starbucks on Broadway to celebrate Coffee with a Cop day.

Coffee with a Cop is a national initiative that brings police personnel and civilians together to discuss issues and get to know each other on a personal level.

“The key is that it opens doors and conversations outside the crisis situations that typically bring law enforcement and community members together,” said Officer Chris Rasmussen, who is in charge of the department’s community engagement programs.

On the morning of Oct. 4, Starbucks on Broadway St. welcomed the Redwood City officers into their store to have them greet their customers.

“What was cool was that they were right here [in the front] and were really eager to connect with people as they came in. They kind of created their own welcoming atmosphere that just was really fun. They were laughing and engaging with the community,” said Starbucks manager Benjamin Wathne. “They really made an effort to connect with every person who came through the door.”

As of 2011, Oct. 4 is the official Coffee with a Cop day, but the Redwood City Police Department and Starbucks have made it a priority to have events year-round that bring the community closer to their law enforcement.

“I know aside from [National Coffee with a Cop Day] that what Starbucks has been encouraging their managers to do is to connect with their local police departments,” said Wathne. “There is a captive audience at Starbucks. I just think it’s a good place to do it because everyone comes to Starbucks in the morning.”

Despite efforts to promote community interaction with police, most high schoolers remain unaware of the events. Sequoia freshman Gracyn Langford had never heard about the Coffee with Cop movement.

“I didn’t see anything about it. I hadn’t talked to anyone who had known of it but I think it’s good when you get to know the [police],” said Langford.

But there is interest from high schoolers, so the event should increase in popularity in future years.

“I was entirely unaware that this event was happening, due to the lack of advertising, but I think that goes to show that it’s even more important that we develop a close relationship with the police in our city,” said Redwood City resident and Carlmont sophomore Valentina Yudin-Baehrle.

Coffee with a Cop continues to encourage the positive interactions between police and community both locally and nationwide year-round.

“The goal of our [Coffee with a Cop] program is to improve trust and to build relationships one cup at a time,” said Rasmussen.