Why some choose to hide their atheist views 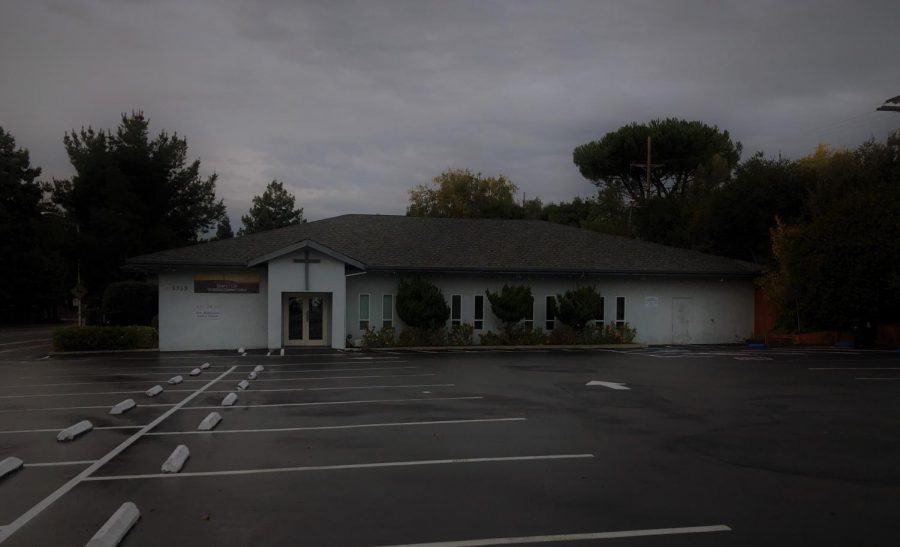 While many see churches like this one as a place of worship and peace, others see it as a place they must pretend to attend for their life success.

The First Amendment guarantees religious protections to all Americans through the Establishment Clause, which states that “Congress shall make no law respecting an establishment of religion, or prohibiting the free exercise thereof.” These rights allow someone to practice any religion, or not practice a religion at all.

Yet, throughout American history, religion has been reinforced into government, and into youth education. As the population of non-theists increases, many people now resort to hiding their views, whether that be to maintain status in an organization or to avoid an awkward conversation with a family member.

Looking towards Capital Hill, it is clear that non-theists are underrepresented. In contrast, in the 116th Congress (2019-2021), Christians and other theists are over-represented.

On the flip side, 23% of U.S. adults are religiously unaffiliated, while only 0.2% of the members of Congress are, and that is Sen. Krysten Sinema. Rep. Jared Huffman, a self-identified humanist, did not specify his religious affiliation in the Congressional roll call.

In 2018, Huffman and Rep. Jamie Raskin founded the Congressional Freethought Caucus in an attempt to prevent the discrimination of nonreligious people and create an avenue for members of Congress to discuss their religious journeys.

For Huffman, the goals of the caucus were very personal. He came out as a secular humanist in 2017 after consulting with Nancy Pelosi who was then the House minority leader. Huffman only came out after being a member of Congress for four years in a safe blue district, which he won with 70% of the vote.

Huffman said, “I think in this day and age, it needs to be okay for there to be a member of Congress with my particular religious views, and I will tell you there are many who would agree with me — this place is full of humanists, agnostics, and folks with nonreligious views of various types who are driven to public works for reasons that have nothing to do with religion.”

Only two members of Congress are publicly nonreligious, and not without reason.

In other words, being religiously unaffiliated comes with political baggage. A Pew poll from 2016 found that 51% of Americans said they would be less likely to support an atheist for president.

However, this circumstance doesn’t apply to just the American government; it also applies to the Boy Scouts of America.

The Boy Scouts of America (BSA) prevents open atheists from being a part of their organization with their “duty to God” requirement. In recent years, the organization has reaffirmed this stance.

In the BSA’s declaration of religious principle, their policy is that “the home and the organization or group with which the member is connected shall give definite attention to religious life” and that “a Scout is reverent toward God. He is faithful in his religious duties.” It also mentions that “only persons willing to subscribe to this Declaration of Religious Principle, and to the Bylaws of the Boy Scouts of America, shall be entitled to certificates of membership.”

According to Bryan Wendell, an Eagle Scout and Scouting Blogger, “In Boy Scouts, participants at each review for rank advancement will be asked how they have done their duty to God since achievement of their current rank.”

However, other scouts reveal that the requirement hasn’t affected their membership to such an extent.

Lee Smith*, a boy scout who is still questioning his religious and spiritual views, said, “You just kinda need to check a box, it has never influenced anything that I have done.”

For his Eagle Scout (the highest BSA rank) interview, he interprets his duty to God as his “purpose in life.”

Smith said, “I do not guide my life based on believing in a God; Boy Scouts did not change my opinion on that.”

Throughout history, many have sued the BSA over the duty to God requirement and lost because the BSA is a private organization. However, the BSA has received many government benefits. They have tax-exempt status, and they rent public property at extremely low prices, yet the requirement remains.

For example, up until 2002, the City of San Diego leased the BSA 16 acres of property for $1 a year. However, in 2002, the city made the BSA pay an administration fee and maintain the property.

The new agreement was put in place because in 2000, San Diego and the BSA were sued by the American Civil Liberties Union (ACLU) for the lease agreement on the basis that the BSA discriminated against gay and atheist/agnostic individuals. The city settled with the ACLU, but the BSA ended up winning on appeals, and the amended lease was put into play.
Timeline of the BSA’s discriminatory policies

Another place where the enforcement of religion in the United States can be seen is in the Pledge of Allegiance. According to Gallup, 50% of U.S. teens recite the pledge daily in school.

The pledge did not initially include the words “under God.” In fact, the phrase “under God” was added during the cold war to distinguish the United States from the atheist Soviet Union.

The California Ed Code requires public schools to do “daily appropriate patriotic exercises,” and states that the Pledge of Allegiance “shall satisfy such requirement.”

However, some students believe that the inclusion of the words “under God” impose religion on students.

Leila Farhi, a sophomore at Carlmont High School said, “I think that [the words ‘under God’] should be optional, and even though I am religious, I understand that not everyone is.”

The constitutional freedom to not practice a religion in the United States has come with consequences to many. Some may pretend to be religious to be elected to Congress, others may want to join the Boy Scouts with their friends, and some may not want to be the only kid sitting down when the class stands up to recite to Pledge of Allegiance.