‘Rescued’ includes a pawsitive side to murder mystery 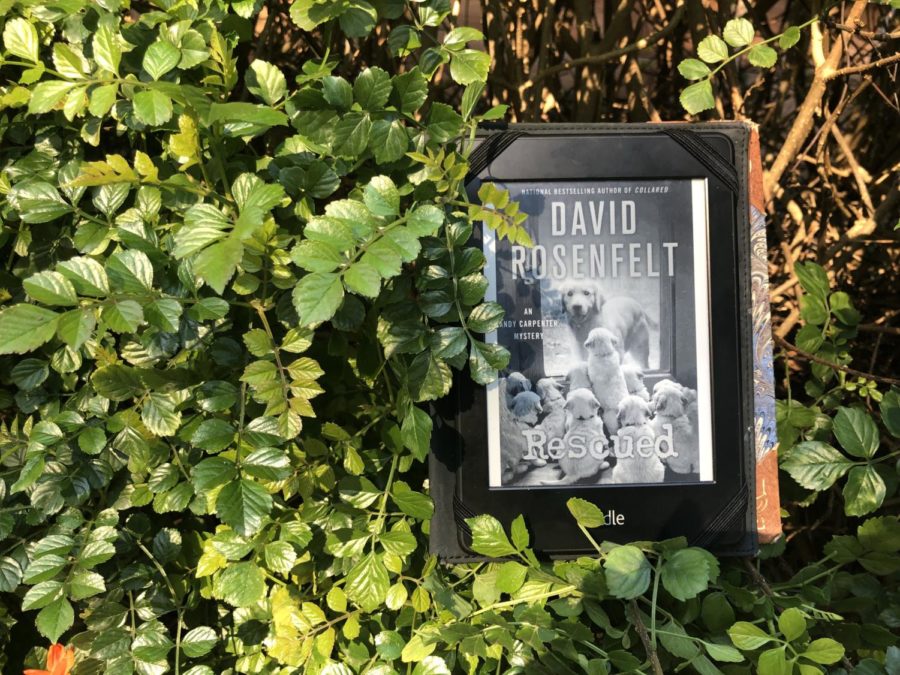 A murder in broad daylight with only one possible suspect.

“Rescued,” by David Rosenfelt, includes all of these elements as well as a possibly world-threatening scheme.

“Rescued” is an Andy Carpenter murder mystery, the newest in a collection of 16. Each book is about defense attorney Andy Carpenter, his clients, and his dogs. When Andy’s wife’s ex-boyfriend Dave Kramer is charged with murder of the first degree, Andy agrees to be his attorney, albeit reluctantly. To prove Dave innocent, Andy pulls out all the stops because he wants to stay on his wife’s good side, and proving Dave not guilty would earn him some brownie points. Somewhere in his sleuthing, Andy discovers that Dave being framed was just because he was a small hindrance in something much bigger and more nefarious. However, with Andy being a smart-mouthed character and with larger forces constantly moving against him, he might just end up caught in the web himself. Throughout the book, the many dogs are a constant source of relief, comedy, and even give some clues to Andy on how to win the case.

In terms of murder mysteries, this one is definitely above average, but nothing really special in the genre. However, when you take the constant dog references into account, and the fact that they even moved the plot along, you get a spectacular and amazingly amusing book.

Dogs are not only a part of the trial, they’re an integral part of the setting and details of the book. This includes descriptions of the dogs themselves, quips by Andy about dogs, and even locations and decisions based on dogs.

That element really brought in a lighter tone to what was otherwise a rather somber topic and was sorely needed as the more nefarious plots were uncovered. Additionally, if you have a dog, or love dogs, the constant attention on them makes an otherwise not very relatable book extremely relatable to many readers.

The only real downside to the book was Andy’s over-the-top snarky attitude. While amusing, at times, he was so blunt it made it hard to believe that he could accomplish what he did, and that characteristic made him less realistic as a functioning defense attorney.

Lastly, it was really interesting to see how small details overlooked at the beginning of the book ended up being major pieces of the plot. That aspect connected the book from beginning to end  and made it a slightly more complex and intricate read than I was expecting.

“Rescued” is an amazing book to read if you just want to sit down, cozy up with your dog, and enjoy an afternoon with a quality book. However, if you believe that cats reign supreme, I suggest you look elsewhere.