Researchers race to find a vaccine for COVID-19 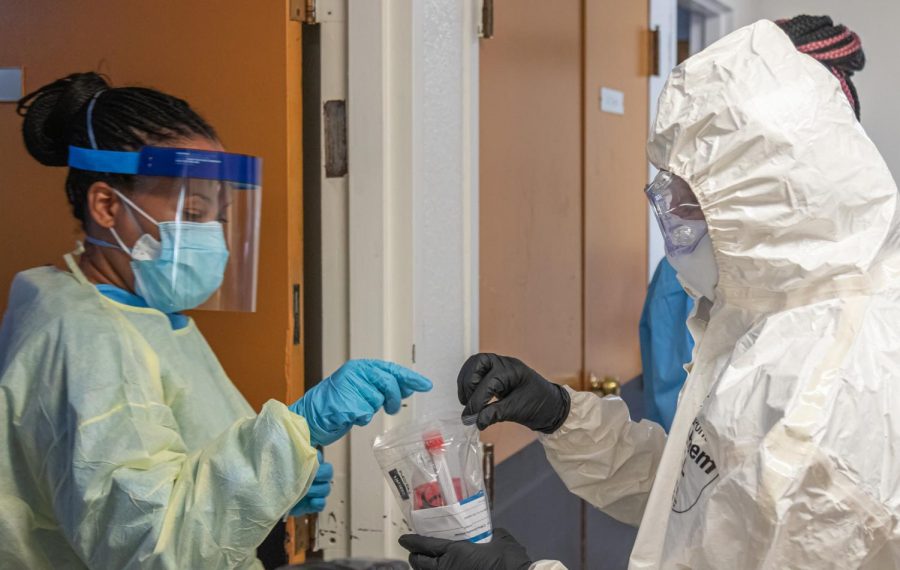 As COVID-19 continues to rage across the U.S., scientists all over the world race to find a vaccine.

Researchers are currently testing vaccines made from genetic engineering along with the traditional vaccine, composed of the inactive virus.

A laboratory at Oxford University is preparing to begin a 6,000-person trial sometime next month, gaining a significant head start in the race to find a vaccine. Oxford’s Jenner Institute performed similar inoculations for other strains of the virus last year and was able to begin scheduling tests to prove if the vaccine works.

Oxford scientists said the vaccine could have the first few million doses ready by September with regulators’ emergency approval, according to The New York Times.

However, according to Science Magazine Online, the testing group may have been too small to show results accurately, and other researchers from the University of Pittsburgh believe the way the virus stock was grown may have altered the study.

“It’s still too early to define the best model for studying COVID-19,” a researcher at Sinovac Biotech said.

As scientists and researchers band together to find a vaccine, the effects and outcomes are still unknown, and many researchers stress that there is no promise of success with any of the current trials.

Sean Doyle, a 31-year-old medical student at Emory School of Medicine, volunteered to be one of the first people to test a vaccine. Doyle volunteered to test the vaccine on himself despite there being little known about the side effects or possible risks it could cause.

“With this vaccine, no one knows what the chances are, but the potential risks are outweighed by the potential benefits of the vaccine for me. Right now, there are no great preventative measures for containing the virus,” Doyle said in an interview with CNN.