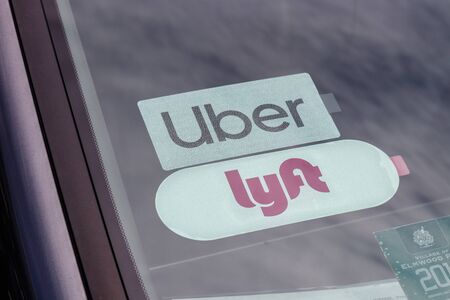 Many drivers reel from the effects of Proposition 22 after it was passed on Nov. 3.

Following the 2020 election, California’s Proposition 22 passed in favor of rideshare companies, against the hopes of many drivers.

Proposition 22 was propelled by the most funding in state history as large corporations funneled over $200 million into its campaign. Supported by large rideshare “gig corporations” such as Uber, Lyft, Doordash, Instacart, and Postmates, the proposition hoped to classify rideshare and mobile food delivery drivers as independent contractors rather than employees.

This was a hugely influential measure; it would eliminate health insurance, minimum wage, and unemployment benefits that an employee would typically get while working for a company. However, the gig corporations would save billions of dollars by not providing those benefits if they could label the drivers as independent contractors.

Ultimately though, the biggest impact Proposition 22 has is on drivers like Quinn, a 31-year-old driver who makes a living driving for Uber and Lyft.

“It’s annoying how people who don’t drive get to vote and control our lives,” said Quinn, who chose not to disclose their last name.

Quinn has been driving for Uber and Lyft for four years while receiving no health care or other employee benefits.

Following a court ruling just two weeks before Nov. 3, gig companies were supposed to label drivers as employees. This was a massive win for Quinn and other drivers; it would have given them the benefits afforded to a regular employee that they hadn’t received earlier.

“It sucks,” Quinn said. “I thought I might be able to stop paying for medicines out of pocket, but then [Proposition 22] passed, and I’m back to square one.”

Part of the reason that Proposition 22 passed was the enormous amount of money put into advertising and lobbying. The Yes on Prop 22 Campaign, backed by gig corporations, had given millions of dollars to the California Republican Party, lobbying firms, and digital advertising groups. These groups portrayed Proposition 22 as a way to give drivers more freedom and enable them to live life with more flexibility.

“I don’t really care about this, but some drivers do,” said Angel, an Uber driver who also chose to keep their last name anonymous. “I do think it’s [unfair] that Uber can just pay money to stop us from getting healthcare.”

The opposition to Proposition 22 mainly came from labor unions, but these unions had nowhere near the same amount of influence or money as the gig corporations. They raised roughly $20 million trying to combat the measure, compared to the rideshare companies’ $200 million.

Ultimately, these groups’ efforts were in vain; Proposition 22 passed with roughly 58% of the vote. This overruled the court’s decision that drivers were employees, allowed the gig corporations to create new California labor laws, and made a new category of California workers – the gig contractor.

“The companies really do not care about the car drivers. Money is what they care about,” said Sung-Ho, an Uber driver and programmer who also chose not to disclose their last name.

The passing of Proposition 22 will be the hardest statute to amend in California state history. This is because of the 7/8ths measure, a rule declaring that it will take seven-eighths of the state legislature to amend the law. Unfortunately, for drivers like Quinn, Angel, and Sung-Ho, this is nearly impossible to achieve.

“You know at this point, I’ve lost hope,” Quinn said.