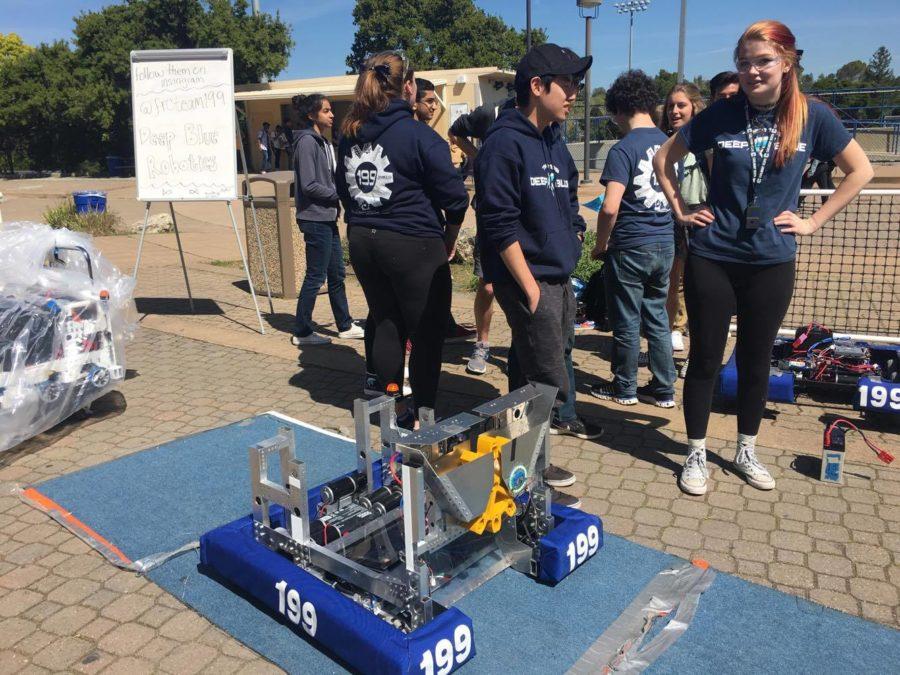 After making it to the finals of the regional competition in Sacramento, Deep Blue Robotics has been invited to attend the world championships in Houston.

To bring more awareness of team’s success, ASB spirit commission hosted a school-wide rally during lunch. This rally consisted of a presentation of the team’s robot and a performance from Carlmont drumline. There was also a donation table for students to show their support to the club.

Sophie Clark, the supervisor of ASB spirit commission and a senior, said, “I don’t remember who exactly spawned the idea to hold a rally for the robotics team, but once it had been brought up, the whole spirit commission was on board. In the process of planning the event, we decided we wanted to make it fun and interested to a variety of people so we decided to include the robot itself and drumline.”

Many of the team’s members appreciate the effort that ASB made to bring attention to their club.

“I hope that students are proud of the work their fellow students completed through the robotics team. Additionally, I hope that students see the amazing support system we have at Carlmont. ASB and other students supported us so much and we are so thankful to go to a school with this much kindness,” said Casey Costello, a senior.

Through efforts like this, ASB hopes to bring more attention to a diverse group of clubs across campus.

“The main goal of the rally was to recognize a significant achievement from a group at Carlmont that doesn’t get enough recognition. Robotics has done an absolutely awesome job this season in representing Carlmont, and I think students should know what the different groups at Carlmont are achieving. I want all students to know that Carlmont is an inclusive place where all clubs and groups matter,” said Clark.